SEOUL, South Korea (AP) — LG Electronics, the world's second-largest TV maker, on Tuesday reported an unexpected loss for the final quarter of 2015 as its smartphone business struggled and costs for raw materials rose. The South Korean company said Tuesday it had a net loss of 140.4 billion won... 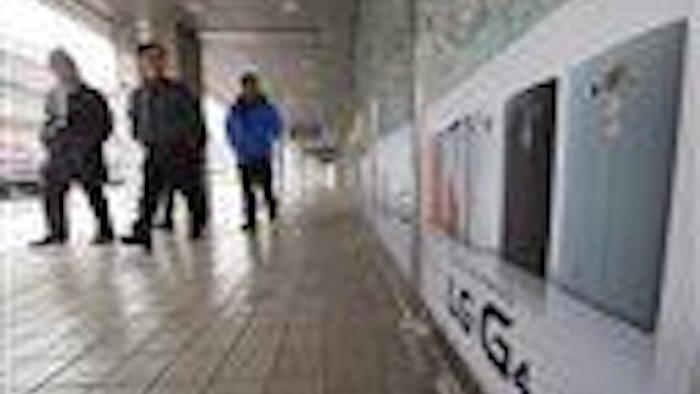 SEOUL, South Korea (AP) — LG Electronics, the world's second-largest TV maker, on Tuesday reported an unexpected loss for the final quarter of 2015 as its smartphone business struggled and costs for raw materials rose.

A survey of analysts by financial data provider FactSet forecast a net profit of 134 billion won.

LG's mobile business posted a second straight quarterly loss. The mobile loss narrowed from the previous quarter to 438 billion won but its performance in South Korea, which is a key market for its high-end phones, worsened.

Higher taxes and unfavorable foreign exchange rates aggravated the company's woes. LG said a strong dollar increased its costs as it buys some raw materials in dollars while weak emerging market currencies hurt its businesses in those countries.

But operating profit jumped 27 percent to 349 billion won during the quarter as sales of its OLED TVs increased and a decline in the price of display panels helped save costs. The company's high-end washing machines and refrigerators were popular in South Korea, also helping to limit its losses.

LG's air conditioner and home appliance businesses accounted for the biggest chunk of operating profit and its TV business contributed about a third.

Net profit for the full year halved to 249.1 billion won.