WASHINGTON (AP) — The Supreme Court has upheld a 4-year-old federal program that pays large electric customers to save energy during times of peak demand. The justices ruled 6-2 on Monday that the Federal Energy Regulatory Commission had the authority to issue directives aimed at conserving... 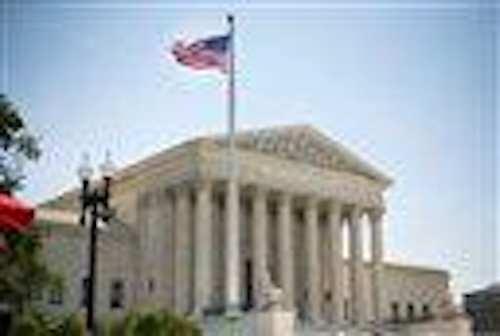 WASHINGTON (AP) — The Supreme Court has upheld a 4-year-old federal program that pays large electric customers to save energy during times of peak demand.

The justices ruled 6-2 on Monday that the Federal Energy Regulatory Commission had the authority to issue directives aimed at conserving energy and preventing blackouts.

The ruling is a win for the Obama administration, environmental groups and other supporters who said the plan saved billions in energy costs, improved reliability of the power grid and reduced air pollution since it was put in place in 2011. Utility companies challenging the rule argued it was too generous and trampled state rights over retail electricity sales.

Writing for the court, Justice Elena Kagan said the commission acted within its authority and was not attempting to regulate retail sales.

The rule won wide praise from environmental groups because it curbed the need for utilities to build expensive and air-polluting power plants. The demand response program saved customers in the mid-Atlantic region nearly $12 billion in 2013, according to PJM Interconnection, which manages the wholesale power supply for all or part of 13 states.

But the rule meant millions in lost profits for utilities. Those companies argued that the program impermissibly targets retail customers.

Justice Samuel Alito took no part in deciding the case. His most recent financial disclosure indicates he owns stock in Johnson Controls, Inc., which has a subsidiary, EnergyConnect, Inc., that is part of a group defending the commission's regulation.