NOAA, NASA: 2015 was hottest on Earth by a wide margin

WASHINGTON (AP) — Last year wasn't just the Earth's hottest year on record — it left a century of high temperature marks in the dust. The National Oceanic Atmospheric Administration and NASA say 2015 was by far the hottest year in 136 years of record keeping. NOAA says 2015's temperature was... 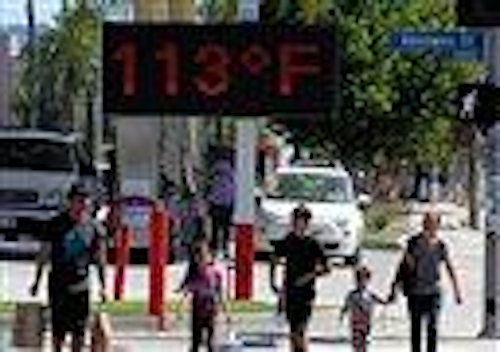 WASHINGTON (AP) — Last year wasn't just the Earth's hottest year on record — it left a century of high temperature marks in the dust.

The National Oceanic Atmospheric Administration and NASA say 2015 was by far the hottest year in 136 years of record keeping.

Although 2015 is now the hottest on record, it was the fourth time in 11 years that Earth broke annual marks for high temperature.