“Intelligent lighting” systems could help the cities in the future reduce congestion, free up parking spots or send environmental alerts. 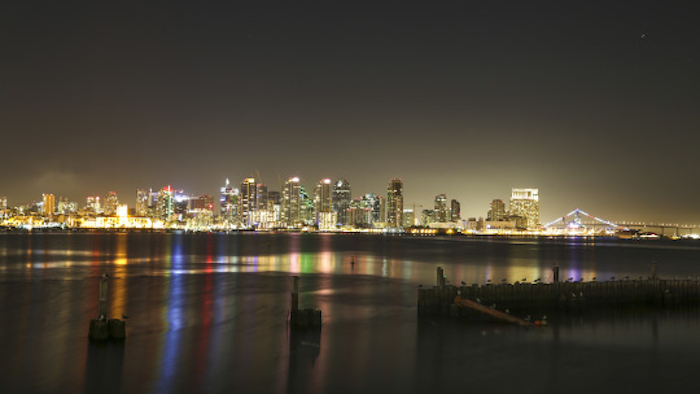 The denizens of the world’s sprawling megacities all face similar daily challenges: traffic, busy sidewalks, packed puclic transportation, no available parking. “Urbanization is coming at us like a freight train,” says Rick Freeman, global product manager for intelligent devices at GE Lighting. “The same old ways are plain going to fail. We have to get ready.”

There’s no time to spare. McKinsey & Co. reported in June that more than half of the world’s population already lives in cities and that the figure will grow to 60 percent by 2014, swelling urban areas by 1.4 billion people.

Our cities have to become intelligent if they’re going to thrive in the midst of this shift. “Intelligent lighting” systems, for example, could help the cities in the future reduce congestion, free up parking spots, find ideal locations for new bike lanes, give the police and paramedics real-time views of parks and neighborhoods and send environmental alerts, Freeman says. Two intelligent lighting pilots, in San Diego and Jacksonville, are already gathering data. “Having all that knowledge gives us insights we never had before,” Freeman says.

The project in downtown San Diego involves a system GE calls “Intelligent Environments for Cities.” It’s an example of GE connecting machines – in this case LED street lamps – to the Industrial Internet, a network that links devices with software analytics and the data cloud.

Lighting started working with San Diego in 2014, when it installed a wireless system called LightGrid to remotely assess and control 3,000 streetlights. The city is saving more than $250,000 annually in electricity and maintenance costs as a result.

The new downtown pilot is the first intelligent lighting application in the U.S. It involves fixtures located in the Little Italy and Gaslamp districts. The lights are equipped with sensors and computer-vision software that can pull parking and other data for real-time analysis into Predix – GE’s cloud-based platform for the Industrial Internet. “San Diego is switching on the potential of our streetlights in ways that seemed improbable just a few years ago because of GE’s Intelligent Cities technology,” said David Graham, deputy chief operating office of San Diego.

Officials are now studying data trends from the new pilot to determine the best benefits for the city and its residents.

The potential applications for the system are endless. The data could help software developers build effective parking apps that would lead users to an empty spot and allow them to pay for it from their smartphones.

Freeman envisions a future where you could make a dinner reservation, find the fastest way to get to the restaurant and book a parking spot with the same app. “The cost of computing continues to fall along with the amounts of electricity needed to power the sensors,” Freeman says. “At the same time, wireless mesh and WiFi networks are emerging across cities. The convergence of these things makes this space a really exciting place to be.”

Just last week, for example, the White House announced that it would invest $160 million in a new “Smart Cities” initiative. The money will use new technology partnerships to help communities with their most pressing challenges, according to a White House press release.