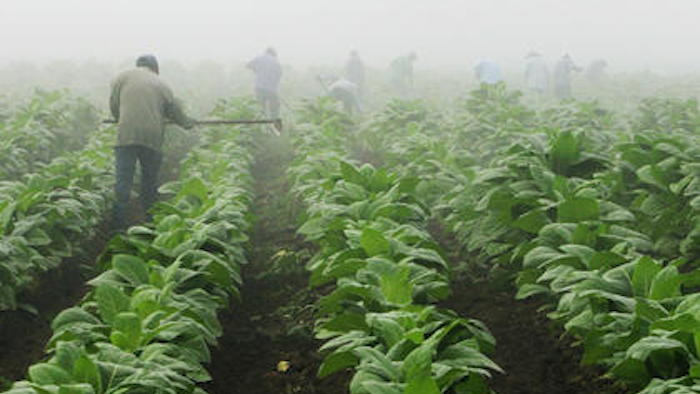 The reason, according to analysts, stems from a 2004 congressional vote to get the federal government out of the tobacco business.

USA Today reports that although thousands of farmers left the industry over the last decade, a federal payment system helped remaining farmers adjust to the global marketplace.

The federal government provides assistance to a wide array of crop farmers, and until a decade ago, those programs also included tobacco. Lawmakers restricted tobacco production in exchange for an artificially inflated price, one of numerous efforts made to protect farmers during the Great Depression.

The 2004 vote sought to eliminate government involvement in the industry while making it more competitive in the long sun.

Experts said that's exactly what happened. According to a report by IBISWorld, U.S. tobacco farm revenue is expected to jump at an average annual rate of 4.2 percent during the next five years. In addition, exports now account for more than 63 percent of industry revenue compared to less than 60 percent in 2004.

In order to soften the blow, however, Congress also levied a charge on tobacco manufacturers to compensate farmers as the prices of their product plunged.

The 10-year, $9.6 billion program expired nearly one year ago, but not without thousands of tobacco farms bowing out of the industry.