Counterfeiting is a major issue that affects many manufacturers across the globe. 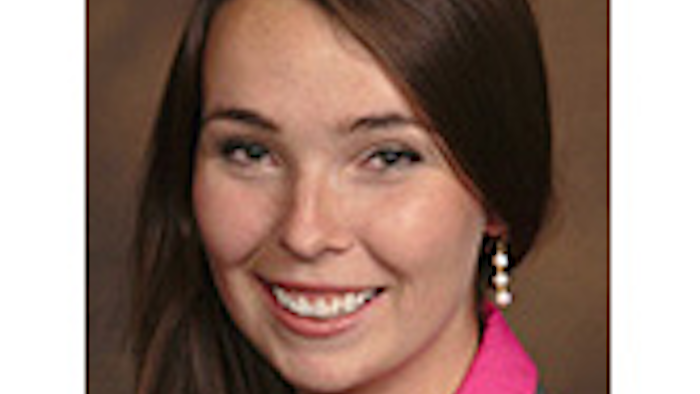 Counterfeiting is a major issue that affects many manufacturers across the globe. Counterfeit goods are usually made from lower quality components, with the purpose of selling a cheap imitation of goods produced by well-known brands.

According to the International AntiCounterfeiting Coalition (IACC), the Department of Homeland Security (DHS) seized counterfeit goods valued at more than $1.7 billion at U.S. borders in 2013 alone. Unfortunately for manufacturers, these statistics are not improving.

"If your readers buy counterfeit bearings, they're getting cheated; they're not getting what they paid for,” says Timothy Gifford, SKF General Counsel Sr. Vice President.

SKF, a global engineering company known for manufacturing ball and roller bearings, estimates that the global rolling bearing market size in 2014 reached almost $40 billion. However, as the bearing market increases, so do the number of counterfeit bearing operations.

DHS states that the country of origin with the highest manufacturer’s suggested retail price (MSRP) value of counterfeit goods is the People’s Republic of China, accounting for over 90% of MSRP for counterfeits in 2013 and 2014.

“I've been involved for eight years with counterfeits, and I can tell you [the majority] of counterfeit bearings are manufactured in China,” remarks Gifford.

Gifford believes counterfeiting is rapidly increasing due to the globalization of companies and markets; advancements in technology uniting the world; and increased manufacturing in third world countries. The International Chamber of Commerce estimates that annual global sales are expected to rise to $1.7 trillion by the end of 2015.

"Counterfeiting is a major global problem,” explains Gifford. "Could you imagine if a counterfeit bearing fails on a windmill and that windmill falls off? That could be very devastating."

Counterfeits infiltrate the U.S. through a variety of channels, whether it be by rail, sea, or plane. Despite the alarmingly high number of counterfeiting operations overseas, manufacturers in the U.S. can somewhat rely on DHS monitoring efforts through its Customs and Border Protection (CBP) and Immigration and Customs Enforcement (ICE) agencies.

In 2013, CBP made 57 seizures containing counterfeit SKF-branded bearings. Of those seizures, SKF was able to attribute an estimated MSRP value for 30 of them, totaling over $2.3 million. China was identified by CBP as the main source of export for the seizures.

Due to the high number of seizures, SKF has found itself involved in costly, time-consuming litigation, and with increased overhead costs. "We now have a team of 12 who dedicate their time to global brand protection,” explains Gifford.

Once the bearing was inspected, it was found to be counterfeit, and the MRC authorized distributor finally admitted that it had purchased the counterfeit bearing from an unauthorized third party distributor.

Counterfeit bearings are rarely manufactured with the same strict quality control measures that SKF and other bearing manufacturers adhere to. Additionally, they are often manufactured in poor quality conditions with low-grade materials, and put together by unqualified workers.

What Can You Do?

To further fight counterfeiting, the company works regularly with the National Cyber Forensics & Training Alliance (NCFTA) to raise awareness and provide training in the industry.

Customers can take advantage of the SKF Authenticate app, which provides instruction on how to photograph the product and automatically submit a request to see if their product is the real deal. SKF experts will review the information, verify whether the product is genuine, and advise the customer.

Above all else, “Always buy from an authorized SKF distributor,” reiterates Gifford. “Counterfeits cost SKF, and if they cost SKF, they eventually cost [our customers]."