Survey Shows China Manufacturing Down For Third Month In A Row

Factory production fell to its lowest in 13 months, after holding steady last month. 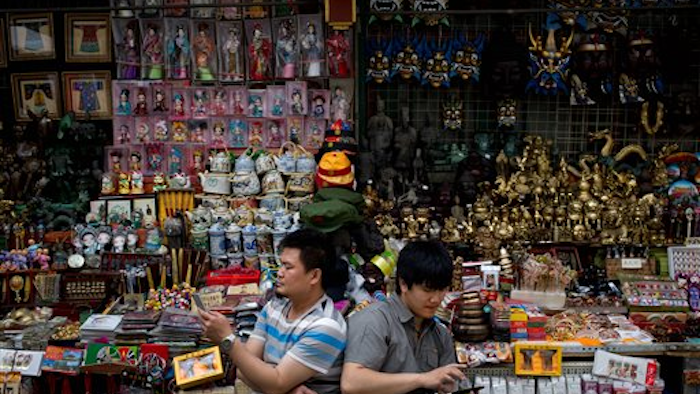 Manufacturing in China shrank for the third straight month in May as demand remained soft, raising the chances of more stimulus to prop up growth in the world's No. 2 economy.

HSBC's preliminary manufacturing index, based on a monthly survey of factory purchasing managers, came in at 49.1 for May. That's slightly better than 48.9 in April but still in contractionary territory on the 100-point index. Numbers above 50 indicate expansion.

The report released Thursday said that factory production fell to its lowest level in 13 months, after holding steady last month.

New export orders also declined, swinging from an increase in April, although overall new orders contracted at a slower rate.

Softer domestic and overseas demand and factory job cuts indicate that China's outsize manufacturing industry, which employs many millions of people, "may find it difficult to expand at least in the near term," said Annabel Fiddes, an economist at Markit, which conducted the survey.

Companies are tempering production plans in line with weaker demand, she said.

The latest numbers raise expectations that policymakers in Beijing will roll out further measures to shore up growth in China's economy, which expanded at its slowest quarterly pace in six years in the first quarter.

China has already cut interest rates three times in six months and slashed the bank reserve requirement ratio in April as the government tries to meet its 7 percent growth target for the year.