Toledo's mayor isn't about to pick a fight with Fiat Chrysler Automobiles, even if it pulls Jeep Wrangler production out of the city where the vehicle's roots date to World War II. That's because the automaker will still have a large presence in the area and an assembly complex that will need another... 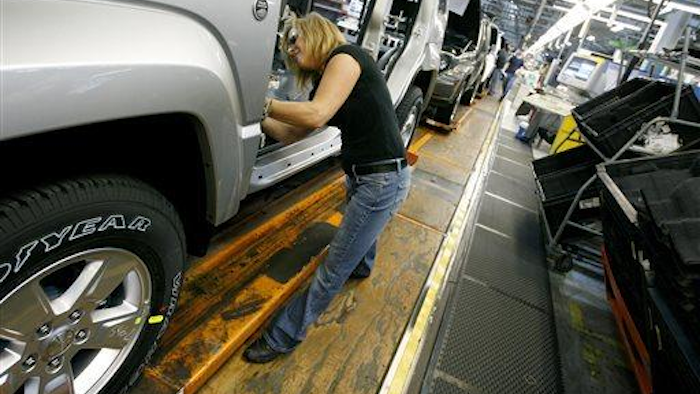 Toledo's mayor isn't about to pick a fight with Fiat Chrysler Automobiles, even if it pulls Jeep Wrangler production out of the city where the vehicle's roots date to World War II.

That's because the automaker will still have a large presence in the area and an assembly complex that will need another vehicle to replace the Wrangler, if it goes.

"I'm not going to put the citizens of this community and the employees at the complex into a position where we compromise their future by reacting irresponsibly to a decision that is best handled by the corporate community," Mayor D. Michael Collins said.

Collins along with state officials, met with Fiat Chrysler CEO Sergio Marchionne last week to begin talks about the future of the Wrangler and the factory that builds it.

The automaker is looking at moving production of the Wrangler to another U.S. plant so that it can be made with an aluminum body to meet new government gas-mileage standards. Marchionne has assured city and union officials that employment level would be kept steady, most likely by bringing in a new vehicle to build.

The plant, which employs more than 4,000, already builds the Jeep Cherokee and would have plenty of room for a second vehicle.

United Auto Workers officials have said their first priority is to convince the automaker to keep the Wrangler in Toledo. Jeep's origins in the city go back to 1941, when Willys-Overland Motors began mass production of the vehicle for the military.

The concern among the union is that another model would not match the Wrangler in sales or stick around as long.

Bruce Baumhower, president of the local UAW unit, said the anger and betrayal workers felt when they learned they might lose the Wrangler can't get in the way of figuring out how to keep it.

He said it's a road they've been down before.

The city organized a "Keep Jeep" campaign in the late 1990s that resulted in a new $1.2 billion assembly complex that now builds the Cherokee and Wrangler.

But such a campaign might not work this time.

Fiat Chrysler has told Collins that its hands are tied by the new fuel economy standards, and that updating the assembly line in Toledo for a new Wrangler would be too costly.

Collins said after meeting with the automaker that he wasn't positive that the Wrangler will stay. But he's convinced that the jobs will remain and that the city needs to be a partner with Fiat Chrysler.

"We have to work together. This is a corporate decision for Fiat Chrysler," he said. "The reality is government doesn't dictate to private industry. That's been a proven failure."