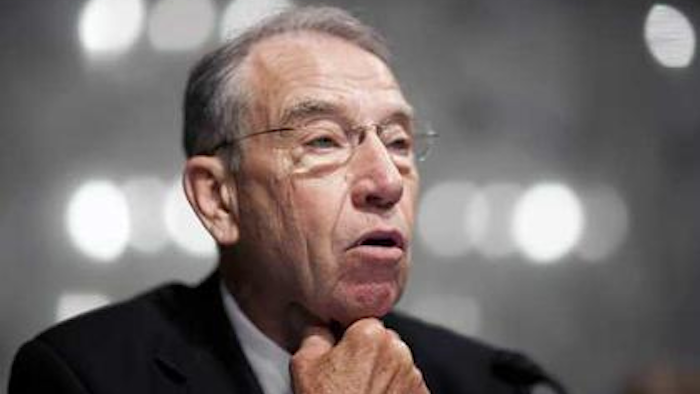 The bill would increase notice and transparency standards for defendants in patent cases, as well as alter the potentially expensive legal discovery process. It would also limit lawsuits based on product purchases, create standards for demand letters from plaintiffs and enable defendants to recover legal fees.

“The meaningful reforms in our bipartisan bill are needed to ensure that the innovation and entrepreneurship our patent system was designed to protect isn’t undermined," said Senate Judiciary Chairman Chuck Grassley, R-Iowa.

The new bill varies from the Innovation Act, the House companion that was introduced earlier this session. The House approved a previous version of that bill in 2013, but it failed to move forward in the Senate.

Reports indicated that the measure's prospects are considerably brighter in this session. In addition to Republicans taking control of the chamber, New York Democrat Chuck Schumer — an initial co-author — is taking on a bigger role following the retirement announcement of Minority Leader Harry Reid of Nevada.

The White House also appears to be on board. President Obama called for patent reform in his 2014 State of the Union address, and Commerce Secretary Penny Pritzker vowed to work toward ensuring that "this meaningful and effective patent reform legislation is enacted into law.”

Members of each party, however, voiced concerns about the proposal, and interests that rely heavily on patents — including businesses, universities and the pharmaceutical industry — could line up against it.

"Congress must address abuse in the patent system, but broad changes that undermine the ability of inventors to enforce their patent rights present serious concerns for our innovation economy," said Sen. Chris Coons, D-Delaware.