These Bright Lights Could Show You The Quickest Way Around Town 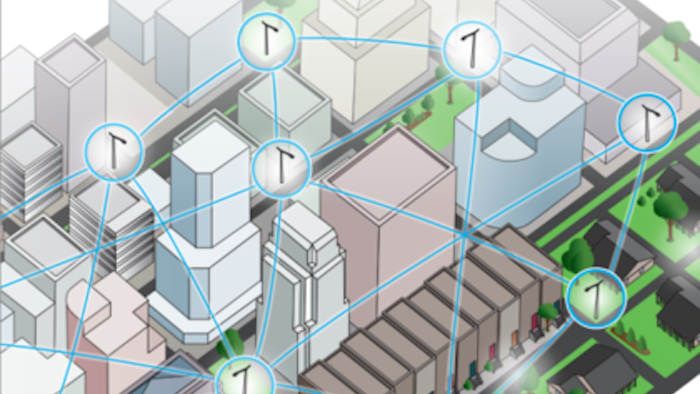 For every showing of “A Streetcar Named Desire” in a big city, there’s a street packed with traffic on the way to the theater. Let’s face it, large urban centers may have culture and opportunity on their side, but they come with irksome baggage like congestion, air pollution and the lack of parking.

That baggage is getting heavier. Although half of the world’s population already lives in cities, the U.N. estimates that the number will spill over the 50 percent mark and hit 5 billion by 2030.

The solutions to their growing pains will be complex. But one easy fix is already standing on every corner: the lamppost. In February, for example, the City of San Diego in California started working with GE Lighting and outfitting their street lights with energy efficient LEDs. In the future, they can be combined with a suite of weather, video, traffic and other sensors. GE has now expanded the program to Jacksonville, Fla.

The sensors will transmit the gathered data to the server farms where it can be sliced, diced and sorted. The resulting insights could power a range of apps designed to unclog streets, optimize EMT and fire response, locate empty parking spots, and save electricity in the bargain.

“It used to be about generating wattage [and increasing] visibility, but today’s product has the potential to be much more,” Bill Ruh, GE vice president and global technology director told TechCrunch. “[The light pole] has power and adding sensors, you can now do things with these lights everywhere.” The lowest hanging fruit is reducing the use of electricity by dimming and even turning off lights when there is nobody around, and automatically reporting and repairing broken fixtures. “San Diego has proven that intelligent infrastructure saves energy and taxpayer dollars,” said San Diego Mayor Kevin Faulconer. We believe that this collaboration will help us go further in creating truly intelligent infrastructure that helps us improve services to the public.”

That’s why the city rolled out LightGrid last year, a wireless controls technology developed by GE that automatically adjusts the brightness of some 3,000 streetlights and allows it to better manage and maintain the fixtures. GE estimates that the technology will save the city a quarter of million dollars annually. “Cities need a system that gives them a real-time view and we believe GE’s smart lights with sensors give them a pulse of how their city is performing,” says Rick Freeman, a general manager for intelligent devices at GE Lighting.

Freeman said, the projects in San Diego and Jacksonville will now focus on collecting and analyzing data, and feeding it to Predix, a software platform that GE developed for creating industry-specific apps that handle big data and predictive analytics in the cloud. “The real power of the program, he added, will emerge over time,” he says.

The City could open the data and insights to researchers, but also to start up and app developers. Their solutions could start cracking urban problems like avoiding traffic bottlenecks and getting to the theater on time, spotting empty parking places, and identifying traffic obstructions – like illegally parked cars – that could pose safety hazard.

Freeman hopes that the information is “going to unlock local epiphanies. It’s going to be a playground for citizens and organizations to provide value on top of this data.”