An index designed to predict the future health of the economy slowly crept upward for the third straight month, a sign that the pace of growth has been weakening since the start of 2015. 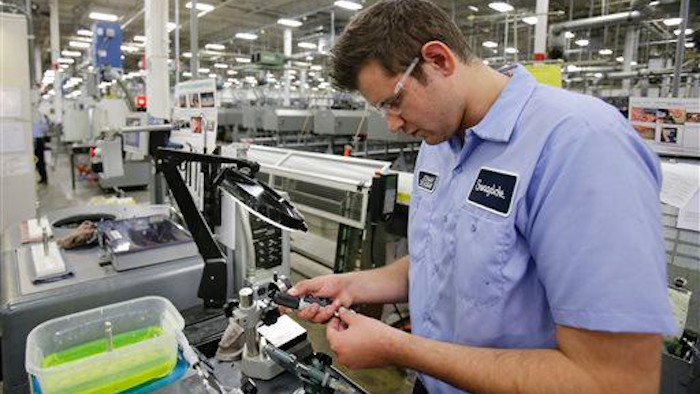 An index designed to predict the future health of the economy slowly crept upward for the third straight month, a sign that the pace of growth has been weakening since the start of 2015.

Building permits were the weakest part of the index, while slowdowns in average working hours and new factory orders have also been in a drag over the past six months.

Analysts said that the smaller increases over the past two months may be signaling a period of more moderate activity.

"Although the leading economic index still points to a moderate expansion in economic activity, its slowing growth rate over recent months suggests weaker growth may be ahead," said Conference Board economist Ataman Ozyildirim.

The index is composed of 10 forward-pointing indicators. Six of the 10 indicators increased in March, with the biggest support coming from the meager number of people filing for unemployment benefits, the spread on interest rates and consumer expectations.

The three indicators which subtracted from growth were building permits, new factory orders and average weekly manufacturing hours. Stock prices — another of the indicators — were basically unchanged in March.

Many economists expect growth to slow from its annual rate of 2.2 percent in the October-December quarter. The Atlanta Federal Reserve projects that growth in the first three months of 2015 could be as low as 0.1 percent.

The deceleration contrasts with the optimism coming into the year. Solid hiring through 2014 led many economists to forecast solid growth driven by consumer spending, which accounts for 70 percent of economic activity.