Photo Essay: Testing A New Engine In The Tunnels Of Dread

Since the locomotive can be connected to the Industrial Internet, they also test its software during various modes of operation like long-distance and heavy-haul service. 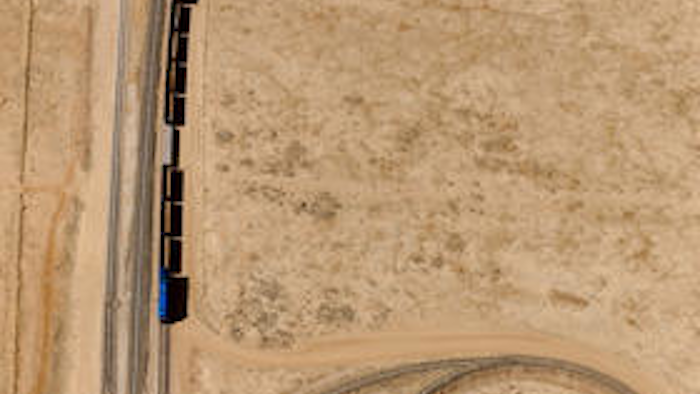 If Dante were a railroad engineer, the Norden tunnel under Sierra Nevada’s Donner Pass would probably be his tenth circle of hell. Nicknamed the “Big Hole” and 90 years old, its unventilated shaft climbs 2,400 feet – more than twice the height of the Eiffel Tower – over a distance of 2 miles.

When locomotives emerge near the town of Norden, Calif., (elev. 6,939 ft.), they are hot and gasping for air like a horse at the end of a race. “It’s an extremely difficult section of track,” says Michael Anderson, who builds locomotives at GE Transportation. “The tunnel is only a couple of feet bigger than the locomotive. If a heavy freight train got stalled there, it could be dangerous for the crew.” Anderson, who is responsible for the development of GE’s new Evolution Series Tier 4 locomotive, is making sure that it won’t happen. Last month, he and his team completed the first year of targeted field-testing in what are traditionally the most difficult North American operating environments.

They’ve taken the engine through the Big Hole, a grueling sequence of 20 tunnels on the Cascade Line outside Eugene, Ore., the 6-mile-long Moffat tunnel near Denver, Colo., which burrows under the Continental Divide, and other famously taxing places.

Some of the tests have also taken place at the Federal Railroad Administration’s high-altitude testing circuit near Pueblo, Colo., (elev. 5,000 feet).

“The site has over 20 miles of dedicated tracks and we can run loops all day long at up to 70 miles-per-hour,” Anderson says. “We can do some unique things and simulate high-speed, heavy haul and other conditions. When you get to higher altitude, you have less oxygen and more particulate matter. But these new locomotives use software that can automatically adjust the mix and maintain low emissions.” Since the end of 2013, GE’s Tier 4 locomotives have been to Pueblo several times – attracting dozens of train-spotters along the way from Erie, Pa., where they are being manufactured.

Anderson’s team measures NOx, particulate matter, hydrocarbons emissions, carbon monoxide, horsepower, traction and other performance benchmarks. Since the locomotive can be connected to the Industrial Internet, they also test its software during various modes of operation like long-distance and heavy-haul service. The battery of tests includes running long, commercial trains with 130 container-laden cars, similar to trains ferrying goods from Los Angeles to Chicago, and from Chicago to New York. Another test has the locomotives pull heavy cars weighed down with rocks to approximate coal trains working in the Powder River basin in Montana and Wyoming. “We were testing new control systems that allow heavy trains to maintain traction and gain momentum when going uphill,” Anderson says. There are still more high-altitude tests to come, but Anderson, who has been working on the Tier 4 locomotive for four and a half years, says the engines are performing better than expected, even in the hellish environment of the Big Hole. GE has already received orders 1,355 orders for the locomotives.

Says Anderson: “Thanks to the broad team of GE researchers and GE Transportation engineers, we’ve been able to take locomotive technology to a whole new level.” The Pulitzer Prize-winning photographer Vincent Laforet, who famously climbed to the top of the Empire State Building, recently visited the testing facility outside of Pueblo. Laforet hired a helicopter to snap the photographs illustrating this story.