Material Used In Skateboards Could Make Planes Use Less Power

A hard material called silicon carbide was originally used for abrasives like sandpaper and still gives many skateboards their rough grip. It can work at temperatures that are twice the boiling point of water where ordinary silicon chips falter. 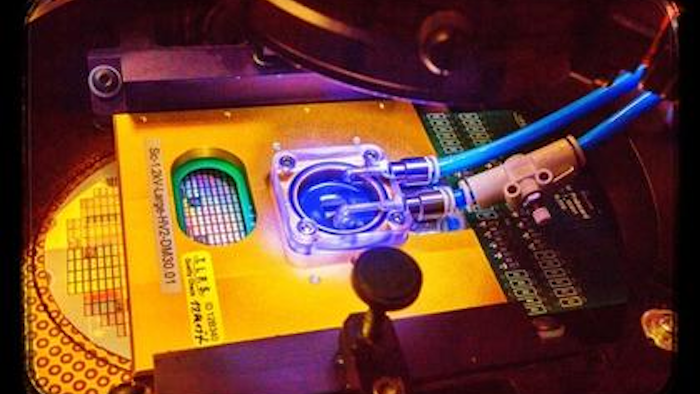 Power management chips are like second-born kids. They do a lot of hard work, but don’t always get the recognition they deserve.

Like microchips inside computers and laptops, power management chips are pieces of semiconductor as small as a cornflake. But they move electricity (watts), not data (bytes). Their circuits help extend battery life and reduce power consumption for a broad range of devices: from smartphones and tablets to brain scanners and jet engines. They can make machines smaller, lighter, and more efficient. The best ones are made from a hard material called silicon carbide, which was originally used for abrasives like sandpaper and still gives many skateboards their rough grip. It can work at temperatures that are twice the boiling point of water where ordinary silicon chips falter. They handle megawatts of power, an order of magnitude higher than silicon, and operate at much higher frequencies, which makes them much more efficient.

But until recently, they’ve also been very difficult to make. Manufacturing a silicon carbide chip requires as many as 300 steps performed in a clean room, and companies have to negotiate pitfalls opened by the complicated interactions between silicon, carbon and metal oxides. (The full name of the device is silicon carbide metal-oxide semiconductor field effect transistor, or SiC MOSFET.)

But scientists at GE Global Research have figured out how to bypass silicon carbide’s limitations and came up with new ways to make power management chips that could revolutionize the power electronics industry and bring in big savings for users. They are providing their technology and intellectual property valued at more than $100 million to a power electronics manufacturing consortium created in Albany, NY, last summer. The research consortium, which includes GE, New York State, the SUNY College of Nanoscale Science and Engineering, and other industry partners, will open a shared fabrication plant that will develop and produce silicon carbide power devices on six-inch wafers.

It may not sound like much, but for the power electronics industry this is a big deal. “This will dramatically open up silicon carbide applications,” says Danielle Merfeld, global technology director for electrical technologies and systems at GE Global Research. “We want people to come to New York and take advantage of the technology.”

Ljubisa Stevanovic, chief engineer for energy conversion at the GE lab’s advanced technology office, says that scaling up production from the current four-inch wafers to six inches will nearly triple the number of chips per wafer and reduce manufacturing costs by a factor of two. “This will be revolutionary,” he says. “We could soon compete with existing silicon chips on price with a better technology. Silicon carbide is more robust, requires much less cooling and can deliver cleaner power than ordinary silicon.”

GE plans to use the new fabrication plant to manufacture power management chips for its own machines ranging from oil and gas pumps to MRI scanners. The company will license its technology to other companies using the plant to bring products to market.

Merfeld and Stevanovic estimate that the chips could make trains, planes and automobiles run up to 10 percent more efficiently, reduce the energy footprint of data centers by 5 percent, and improve the efficiency of wind and solar farms by more than 1 percent.

Says Merfeld: “This opens a design window that did not exist before.”