The locomotives come equipped with some 250 sensors that monitor speed, temperature and other conditions. 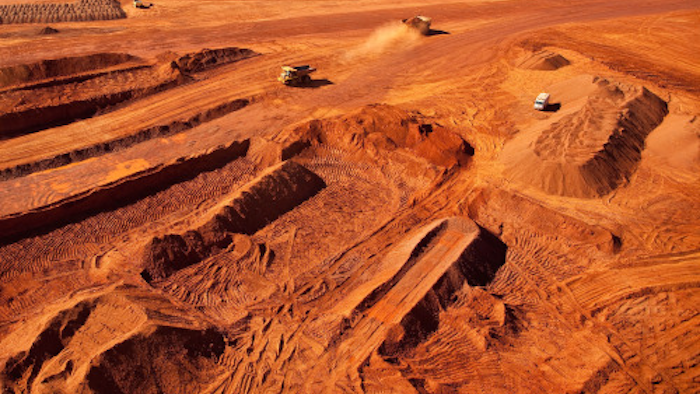 A few years ago, NASA sent a “Spaceward Bound” expedition to Australia’s remote Pilbara region. The region’s rugged and red-hued plains appeared to be a good analog for Mars. Up to a point.

The Pilbara, which is located in Western Australia, might be extreme, but, unlike Mars, it is also teeming with life. Some of the world’s largest mining companies are using house-size trucks and long, snaking trains to excavate iron ore and haul it to port in temperatures frequently topping 130 degrees Fahrenheit (55 Celsius). “We don’t run a locomotive anywhere in the world that’s hotter than here,” says Fraser Borden from GE Transportation.

Borden has been working with Roy Hill, a new high-tech iron ore mine in the region, which recently bought 21 Pilbara-ready, heavy-haul GE locomotives. Every year, they will move 55 million tons of ore over more than 200 blazing miles of private track from the mine to a custom-built port stockyard south of Port Headland.

Each 232-car train, powered by four 4,400 horsepower locomotives will zip down Roy Hill’s track at 50 miles per hour with more than 30,000 tons of ore. The mine plans to run five trains every day.

But the engines’ brawn is just one part of the story. The locomotives come equipped with some 250 sensors that monitor speed, temperature and other conditions. Every hour, the sensors will send 9 million data points over 6.6 miles of wiring to a system called Locotrol Distributed Power, which uses it to manage the movement of the train over the entire route.

For example, Locotrol allows the crew on the lead locomotive at the head of the train to remotely control unmanned locomotives in the middle and the end of the train and also to optimize power and reduce hauling forces, especially for longer and heavier trains. “If you have a two-kilometer train and you’re going over a hill, if the front two locomotives are going down the hill, you don’t want them accelerating,” Borden says, “whereas the locomotive that’s in the middle of the rake still need to be pushing. So this system automatically distributes the power appropriately, depending on where the locomotive is on the hill.”

The system can also do other tricks. It allows the driver to move the train remotely in the middle of the desert and inspect, say, an overheated wheel bearing. “You don’t have to walk a mile along the track in 130-degree heat anymore,” Borden says.

The trains also report their health status to wireless checkpoints sprinkled along the track. “Every time they go past that point, they transmit data that’s received at our Remote Monitoring and Diagnostic Center in Erie, Pa., and that enables us to get a status update on the locomotives— the different parameters of oil and water temperature and so on,” Borden says. “If that system detects that there’s an issue, it sends a recommended-repair notification to the customer.”

This means the locomotives can call out for service attention before they need it, which is the main idea behind machine-to-machine communication and the Industrial Internet.

In the future, the locomotives could become completely automated and allow Roy Hill to run driverless trains. Says R.J. Foy, a leader for on-board electronics at GE Transportation: “Small, light trains are operated driverless today at airports and some metro systems. We are working on extending that technology to automate the massive 1.5 mile long, 30,000 ton freight trains that Roy Hill wants to run.”