The owners of a Mitchell-based business specializing in wood and metal manufacturing said it was an honor to be involved in the firearm industry's largest trade show. Rex and Clem Boyd with Lucid Manufacturing Systems and Solutions helped build the auction Gun of the Year... 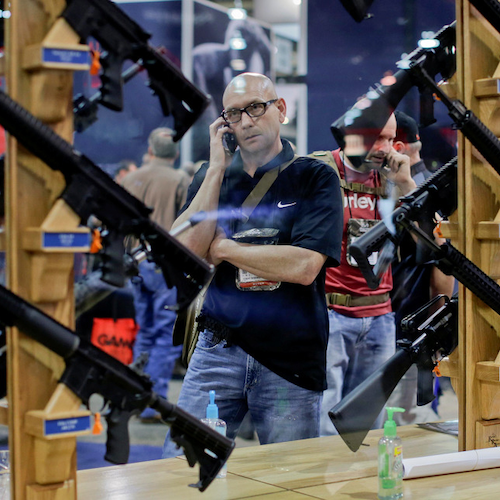 Rex and Clem Boyd with Lucid Manufacturing Systems and Solutions helped build the auction Gun of the Year twice in the past three years at the Shooting, Hunting, Outdoor Trade show in Las Vegas. The Daily Republic reports they created the stock for a hunting-style bolt action rifle this year.

Rex Boyd said she and her husband led a team of five designers throughout programming, designing and computer-assisted drawing. The gun was made for ammunition and reloading equipment firm Hornady Manufacturing Company of Grand Island, Nebraska.

Lucid made the gun's stock, while a Texas company created the barrel and action. Cody Palmer, a milling supervisor, said the gun had a boxier design than most modern guns.

"But it really blends nicely with what Hornady did in creating a special version of ammo for the gun," he said. "We thought the stock really sort of fit everything together."

The gun sold for $64,000 in an online auction. The proceeds will benefit the National Shooting Sports Foundation's Hunting Heritage Trust, which aims to preserve hunting traditions.

"It's pretty amazing," Clem Boyd said. "You see it and you still ask yourself who is going to spend that kind of money on a gun?"

Lucid opened in 2003 and has 50 employees. The company added to its manufacturing facility in 2012 and built a new warehouse last year.

The trade show attracts about 65,000 people a year, and is open only to gun dealers, manufacturers and media.