A degree of caution is warranted as major challenges to the effective implementation of IoT-enabled devices remain. 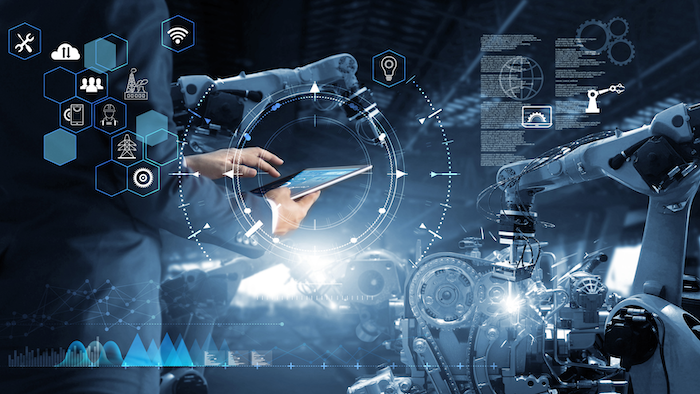 Could all the hype around the IoT (Internet of Things) in manufacturing be premature? The breathlessness with which the topic is discussed seems to suggest otherwise.

A Google search for "IoT manufacturing" turns up 97,700,000 results in 0.44 seconds. Much of the focus has been on how sensor-equipped devices can actively monitor their own health - enabling proactive maintenance and greater efficiency in the manufacturing process. As a result, “global spending on IIoT [Industrial Internet of Things] Platforms for Manufacturing is predicted to grow from $1.67B in 2018 to $12.44B in 2024, attaining a 40 percent compound annual growth rate (CAGR) in seven years, according to research from IoT Analytics.

I would be among the first to acknowledge the potential of the IoT to upend the manufacturing process. However, a degree of caution is warranted as major challenges to the effective implementation of IoT-enabled devices remain. These potential pitfalls largely fall into three areas: legacy machines, security and regulatory concerns and the availability of lower-cost options to improve efficiency.

Many manufacturers have massive sunk costs in the form of their existing machines. These machines were often custom-built, purchased long before the onset of the IoT age and lack the capability to integrate with IoT devices. Most of them are dedicated machines that run on (hopefully air-gapped) Windows 95 or even older systems (yes, you read that right) - an issue that remains widespread.

According to Amnon Shenfeld, CEO of 3DSignals, “by some estimates there are 60 million machines in factories throughout the world and 90 percent are not connected. Meanwhile, 70 percent of the machines are more than 15 years old.”

Yet manufacturers are hesitant to discard these machines because they're phenomenally expensive to replace (if replacement hardware/software even exists) and still perform their intended function. As the old adage goes: “if it ain’t broke don’t fix it,” a notion manufacturers have clearly taken to heart. While vendors like HPE and IBM have tried to push the idea that older machines can be refitted to become IoT-compatible through the use of inexpensive sensors, interface dongles are only part of the problem.

Far deeper and harder to fix are the accompanying software and storage issues. Do you really want a machine running Windows 95 (for which support ended in 2001) connected to the Internet?

All manufacturers in the United States are subject to export controls. Some manufacturers, particularly those in fields like aerospace or who have extensive government contracts, must comply with additional, extensive, federal regulations regarding what data is collected and where it is stored. This can make implementing an IoT strategy tricky because it's not solely a technology problem but a legal and compliance one as well.

After all, an IoT-enabled machine is obviously one that’s connected to the Internet and continuously generating data that is typically stored and maintained in the cloud. Data stored online comes with the increased risk it will be accessed by malicious actors through illegal means. Should that data involve dual-use technologies (those that have a military and civilian use) or other sensitive components, the legal repercussions can be devastating.

Because they’re not typically in the business of running data centers, manufacturers must rely on technology vendors to maintain and store whatever data they’re not maintaining on-premises. This understandably makes compliance teams nervous because data generated and stored by large, multinational vendors can be accessed even through legal means.

Consider the Supreme Court case Microsoft Corp. v. United States, which revolved around the issue of whether law enforcement in the United States could compel American vendors (in this case Microsoft) to surrender data stored overseas (in this case Ireland). The case was ultimately never adjudicated because Congress passed (and the President signed) the 2018 CLOUD Act, which clarified that American law enforcement can indeed compel U.S.-based vendors to turn over customer data, even if stored overseas.

Sometimes the simplest solutions are the best ones and manufacturers would be wise to consider whether there are cheaper options for improving productivity than an expensive IoT strategy. To illustrate, an aerospace manufacturer I previously worked with effectively doubled their output through simple data collection (hand written KPIs), using Six Sigma to analyze the results and applying lean manufacturing waste reduction principles.

Improvements were often deceptively simple changes like arranging all necessary tools next to the technician who needed them. The results were so eye-opening that entire production lines were remodeled to implement similar lean principles across the organization. While there were certainly costs involved (in terms of both training and equipment), the capital expense was minor compared to the hardware, software subscription and training costs that a true IoT strategy would necessitate.

Far more than just a challenge of technology, manufacturers will need to ensure they have a proper framework in place to deal with the corollary problems IoT-enabled devices generate, particularly in sensitive industries. Fortunately, numerous other avenues - such as the implementation of Lean Six Sigma methodology - offer a way for manufacturers to improve their processes, drive greater efficiency and take the first steps on the path to making data-driven decisions while they wait for the IoT landscape to mature.

Edmond Ho is a business analyst, for Liferay.