The Food and Drug Administration announced last week that it will not permit American cheese makers to age cheese on wooden boards. While this won’t create a huge problem for large cheese manufacturers like Kraft, it will be a problem for small businesses and artisan cheese makers. 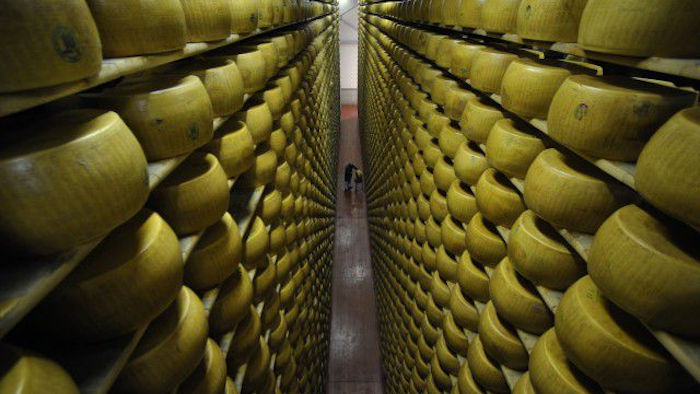 The Food and Drug Administration (FDA) announced last week that it will not permit American cheese makers to age cheese on wooden boards, according to Cheese Underground blogger Jeanne Carpenter. The FDA has deemed the practice unsanitary since the Food Safety Modernization Act (FSMA), despite the fact that wooden boards have been used for hundreds of years. While this won’t create a huge problem for large cheese manufacturers like Kraft, it will be a problem for small businesses and artisan cheese makers.

Signed into law in 2011, FSMA aims to ensure the U.S. food supply is safe by shifting the focus away from responding to contamination to preventing it. FDA requirements stipulate that “all plant equipment and utensils shall be so designed and of such material and workmanship as to be adequately cleanable."

While the FDA has deferred most cheese inspections to state agencies, it recently inspected several New York cheese makers resulting in citations for the use of wooden surfaces to age the cheese. Since many states allow the practice of wooden boards, the New York State Department of Agriculture & Markets' Division of Milk Control and Dairy Services turned to the FDA for clarification on the issue.

Monica Metz, Branch Chief of FDA's Center for Food Safety and Applied Nutrition's (CFSAN) Dairy and Egg Branch stated that the use of wood for cheese ripening or aging is considered an unsanitary practice by the FDA, and a violation of the Current Good Manufacturing Practice (CGMP) regulations.

So the FDA feels there is no possible way that wooden shelves or boards can be adequately cleaned and sanitized. But that’s not a necessarily a bad thing.

According to a recent Reason.com post, the fact that wood's porousness allows it to retain bacteria is actually one reason why cheese makers use this method, because not all bacteria is bad. Cheese, yogurt, kombucha, tempeh, and other foods containing live active cultures can actually be incredibly beneficial for humans' immune system and overall health. But what about the bad bacteria — is there any validity to the FDA's claim that bad bacteria can't be properly purged from wooden boards?

In a report by the Wisconsin Center for Dairy Research found that the benefits of wood aging for cheese outweigh the risks. The report found:

Considering the beneficial effects of wood boards on cheese ripening and rind formation, the use of wood boards does not seem to present any danger of contamination by pathogenic bacteria as long as a thorough cleaning procedure is followed.

For consumers that eat any kind of aged cheese, they should prepare for a potentially catastrophic disruption in the market for artisan cheeses. According to a Forbes article on the issue:

The FDA’s decision will not only harm American cheese makers, but may also bring a halt to the importation of artisan cheeses from abroad as Canadian and European Union regulators have not imposed such draconian measures and still allow for the use of wood boards to age cheese.

While this story is still taking shape, it appears that the artisanal cheese makers are already fighting back on Twitter with #SaveOurCheese. Organizers are also gathering signatures for a petition to pressure the White House to lift the FDA restriction.

So what do you think? Should the potential for contamination supersede the cheese making tradition? Or should artisan cheese makers get with the times and modernize their process? Is there enough evidence to make a decision one way or another? Leave your comments below.