America's approach to clean energy needs to be reformed if it is to meaningfully affect energy security or the environment, according to two new articles by Stanford writers. 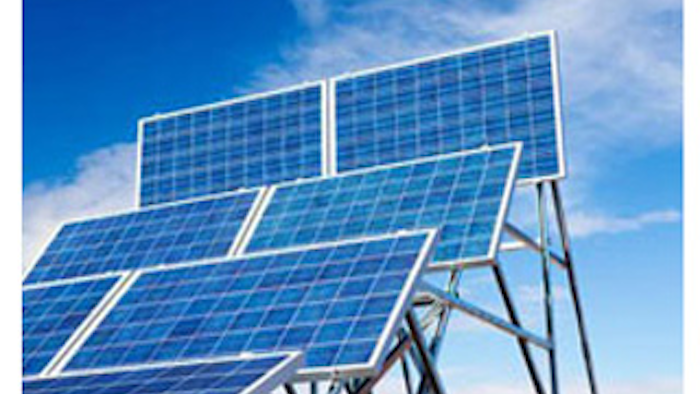 America's approach to clean energy needs to be reformed if it is to meaningfully affect energy security or the environment, according to two new articles by Stanford writers.

The debate over how to fundamentally change the world's massive energy system comes amid taxpayers' $500 million tab for the bankruptcy of Fremont, CA, solar company Solyndra, the global recession, government budget cuts and plunging U.S. prices for natural gas. Making the change cost-effectively will be crucial, write Jeffrey Ball and Kassia Yanosek, both based at Stanford University's Steyer-Taylor Center for Energy Policy and Finance.

Ball, scholar-in-residence at the Stanford center, and former energy reporter and environment editor for the Wall Street Journal, writes in the current edition of Foreign Affairs that the world's renewable-energy push has been sloppy so far. It can be fixed through a new approach that forces these technologies to become more economically efficient, he writes in the article, "Tough Love for Renewable Energy."

"It is time to push harder for renewable power, but to push in a smarter way," Ball writes.

Kassia Yanosek, entrepreneur-in-residence at the Stanford center and a private-equity investor, writes in Daedalus, the journal of the American Academy of Arts and Sciences, that attempting to accelerate a transition to a low-carbon economy is expensive and risky. Policymakers, says Yanosek, need to realize that achieving a transition with government-aided commercialization programs will require putting billions of taxpayer dollars at risk, often in a high-profile way.

"If government officials wish to accelerate the next energy transition, they will need a different strategy to develop an industry that can survive without major subsidies, one that prioritizes funding to commercialize decarbonized energy technologies that can compete dollar-for-dollar against carbon-based energy," Yanosek said.

With natural gas prices so low due to huge new supplies of shale gas, besting the current energy system has become tougher.

Ball writes that governments and investors have spent big money on renewable power, slashing the cost of many renewable technologies and creating jobs. And yet, he notes, modern renewables remain a very small percentage of the global energy mix.

"Wind and solar power will never reach the scale necessary to make a difference to national security or the environment unless they can be produced economically," he writes. "The objective is not wind turbines or solar panels. It is an affordable, convenient, secure and sustainable stream of electrons."

Taken together, the analyses by Ball and Yanosek argue for driving down the costs of key technologies and speeding up their deployment, said Dan Reicher, the executive director of the Steyer-Taylor Center, launched a little more than a year ago at Stanford Law School and the Stanford Graduate School of Business.

Ball, in Foreign Affairs, writes that rationalizing "the conflicting patchwork of energy subsidies that has been stitched together over the decades" is essential. Supporters of renewable energy point out that public subsidies for these technologies are a fraction of those for fossil fuels, both globally and in the United States. Realistically, Ball figures, subsidies should be examined not just in total dollar amounts, but also per unit of energy produced. This more apples-to-apples comparison would help foster an honest debate about which subsidies best promote the type of energy system countries want.

Also key to America pursuing clean energy in the most economically efficient way is for the country to exploit globalization rather than fight it, Ball writes. Despite mounting trade-war tensions with China over wind and solar power, he writes: "If the goal of the renewable-power push is a cleaner, more diversified power supply, then low-cost solar equipment, from China or anywhere else, is a good thing."

In the fast-globalizing clean-energy industry, Ball writes, the United States should press its advantage in engineering, high-value manufacturing, installation and finance. "Much of the machinery used in Chinese solar-panel factories today is made in America," he writes. Installation remains a domestic business, and the U.S. financial system allows homeowners to install rooftop solar panels at no upfront cost. Ball notes that two other energy shifts will be at least as important as renewable sources: cleaning up the process of burning of fossil fuels, which provide most of the world's energy; and using energy from all sources more efficiently.

Nevertheless, Ball writes, America's renewable-energy tax credits need to be changed. He and Yanosek agree the current credits have contributed to an inefficient, boom-and-bust approach to renewable energy.

Yanosek writes that smarter government polices could help innovative technologies overcome what she describes as the main financial barrier — the "commercialization gap." To do this, though, politicians and taxpayers must realize that government efforts to help accelerate an energy transition will require massive and risky investments, she says. A project like building a next-generation nuclear power station or a new type of utility-scale solar thermal plant can require hundreds of millions, or even billions, of dollars.

After developers show that new technologies can work in prototype, they often cannot get the backing of traditional investors to build the first commercial project because the risk/return profile is not attractive to private investors, writes Yanosek, who invests in the energy sector at Quadrant Management. Such projects require more money than venture capital investors are willing to bet. But, says Yanosek, the risks of failure in such first-time projects are too great for private equity funds or corporate balance sheets.

If policymakers decide that funding commercialization is a priority, Yanosek's article provides a roadmap for government support. First, limited public dollars would be best spent moving a bunch of promising new technologies to the next stage.

That leads to Yanosek's next rule of the road: Government clean-energy technologies must not become hostage to stimulus spending and job creation objectives. The legitimate beneficiaries of commercialization-gap support are promising but unproven technologies with no steady revenue stream. They have the potential for cutting prices, but by nature, are not likely to ramp up employment significantly until after they have successfully crossed the commercialization gap.

Loan guarantees, in many cases, are not the best structure for funding companies that push the boundaries of cost and efficiency, Yanosek argues. Instead, the government should invest equity and thus profit proportionately when a beneficiary succeeds, setting up a revenue stream for continued funding. The funding body, furthermore, should take advantage of private-sector expertise and maintain independence from the Department of Energy, where awards can be slow in coming and may be politicized.

Ultimately, Yanosek says, policymakers and taxpayers must embrace the incremental advances and understand that there will be failures along the way. For government to push an energy transition faster than the historical pace, it cannot remove the steps, but only hope to take them more quickly.