"Made In America": The Competitiveness Imperative

Politicians love promoting "made in America" during an election season but tend to forget about it once the dust settles. And so, for all the praise of American manufacturing in the last campaign – by Democrats and Republicans alike – very little has actually been done. So what happened to a real competitiveness – and – jobs agenda? 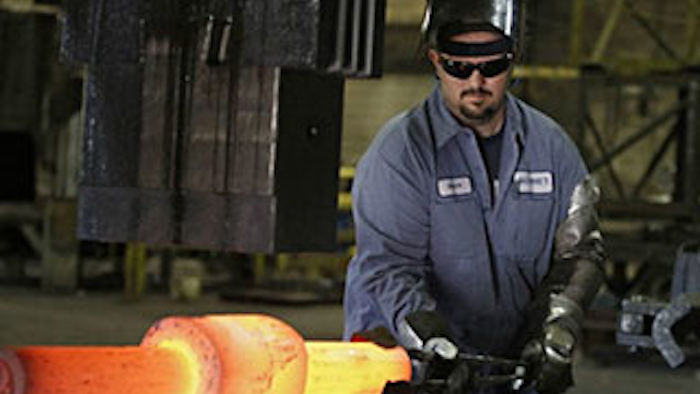 Politicians love promoting "made in America" during an election season but tend to forget about it once the dust settles. And so, for all the praise of American manufacturing in the last campaign – by Democrats and Republicans alike – very little has actually been done. So what happened to a real competitiveness – and – jobs agenda?

By any measure, the Obama administration is falling behind on its manufacturing promises, and getting no help from Congress. The president's campaign-trail goals of a rebalanced economy and 1 million new manufacturing jobs seem more aspirational than achievable at our current pace. And as those aspirations have stalled, the administration has shifted its economic focus from what Americans want – employment – to complex matters that will only compound our problems, such as the proposed Trans-Pacific Partnership and Transatlantic Trade and Investment Partnership trade deals.

Don’t get me wrong, it’s worth negotiating trade agreements that will open markets abroad and provide effective enforcement for rules-based trade, if they guarantee a level playing field for American workers, farmers, ranchers, and businesses. But the administration and perhaps Congress apparently haven’t learned from the mistakes of the past: Before we negotiate, we must get our own house in order, and we must seek far tougher trade terms. We have leverage, after all, as we remain the gold-standard consumer market in the world.

Our goal should be to cut the U.S. goods trade deficit in half by 2017. This can be accomplished by tackling Japanese and Chinese currency manipulation and by ensuring our workers and businesses aren’t forced to compete with state-supported industries abroad.

But even the best trade policy can’t hide the fact that our manufacturing sector receives little, if any, domestic policy support from Washington. First, look at the tax code: Our exports are taxed overseas through value-added taxes in over 150 countries, leaving us at a competitive disadvantage that trade agreements cannot erase. Those nations’ imports to the U.S. are effectively subsidized through VAT rebates while the meager tax support that manufacturing receives in the U.S. is under attack by Wall Street and importers.

American manufacturers are forced to work around a substandard infrastructure desperately in need of repair, yet public construction expenses as a percentage of GDP are dropping like a rock. Our chief competitors, meanwhile, have modern ports, passenger rail, and transportation hubs. And despite the president’s assurances that these jobs can’t be outsourced, major projects like New York City’s Verrazano-Narrows Bridge rehabilitation and the new San Francisco-Oakland Bay Bridge include massive amounts of Chinese steel – work that could have gone to U.S. factories.

We’re also under-investing in human capital. To be sure, community colleges are slowly scraping the rust off of the manufacturing talent pipeline, and some communities are putting vocational educational opportunities back into place for high school students. But the response so far from D.C. has been completely inadequate to meet the needs of the manufacturing sector, particularly if re-shoring becomes more of a trend and as retirements from an aging workforce begin to pile up. Our high-road competitors abroad possess mature, seamless programs to train young people, provide them with apprenticeships, and place them in high-wage jobs in modern factories.

Finally, public investment in innovation is strong in the United States, but it focuses entirely too much on ideas that end up in products made overseas. Taxpayer-financed research made MP3 player technology possible, but none of those devices are currently made in America. Investing in manufacturing innovation and engineering is essential, so that the production of the next idea – the one that hasn’t even been imagined yet – is done here. Otherwise, America will be known as the 21stcentury high-unemployment incubator of fascinating ideas.

Our era is defined by a breathtaking “app” economy but a collapsing real-world economy. Two more trade deals as they’re currently constituted won’t change that equation. Making American manufacturers and their workers more competitive, on the other hand, will allow Democrats and Republicans to fulfill their “made in America” promises and boost our economy.

Scott Paul is president of the Alliance for American Manufacturing.