Manufacturing Decline Is A Misconception

Even in our turbulent global economy, the popular idea of declining farms and factories is largely unfounded. UN and World Bank data show that food and manufacturing output are growing everywhere, but remain hidden by the faster-growing services sector. 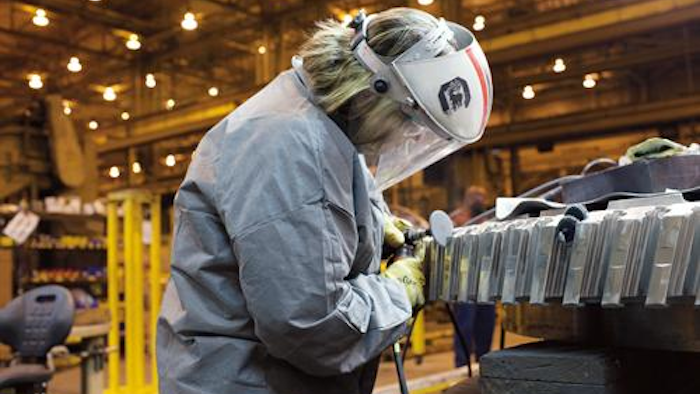 I recently had the opportunity to talk with Joe Atikian, the author of Industrial Shift: The Structure of the New World Economy. Atikian has a professional background in utilities and automotive engineering, and now writes books on economics and development. In his latest literary venture, Atikian grapples with some of the largest trends facing industry globally – from the decline of manufacturing, to the rise of China, to jobs and the service sector in the age of outsourcing.

He argues that even in our turbulent global economy, the popular idea of declining farms and factories is largely unfounded. As cited in his work, UN and World Bank data show that food and manufacturing output are growing everywhere, but remain hidden by the faster-growing services sector.

In this interview, Atikian addresses how these misconceptions began, American as a viable manufacturing hub in the future, and why we can't overlook Mexico.

Nowack: What are the major trends that you cover in your book, Industrial Shift?

Atikian: The main focus is on the continuing shift between industry sectors: agriculture, manufacturing, and services. The lines are blurry, but the trends are clear. In the most advanced economies, the share of agriculture has stabilised, the manufacturing share is declining, and the services share is rising. The biggest surprise to most people will likely be that all three sectors have always been growing and continue to grow today. It is only the relative proportions that shift.

The book also maps out where industry is shifting to and from. All over the world, very little action is seen in the North-South axis, whereas the East-West shift is earth shaking. It’s no surprise that China and the US dominate the discussion, but China is not immune to the same economic forces that shaped the rest of the world. For example, factory employment in China peaked years ago as productivity went up and wages followed. The best predictions of coming industrial shifts in the 1950s failed to come true because technologies advanced so quickly. Likewise, today’s predictions should be treated with caution. Is it possible for the US to become the world’s predominant services provider instead of its manufacturer?

Nowack: In the book description, it says that “the popular idea of declining farms and factories is largely unfounded.” Why do you think these misconceptions began, and do you think they are changing?

Atikian: The source of our current misconceptions seems clear. In the 1940s, economists made comparisons of the world’s largest economies and their sector shares (farms, factories, services). They found that services peaked at about 45% of GDP, and concluded that it would be impossible to grow the sector any further. Why not? Because services could not be traded without a ridiculous cost. Imagine a doctor or engineer sailing from New York to Shanghai to consult clients. Of course we know that by the 1960s, jet aircraft and orbiting satellites enabled a global torrent of business travel and data transmission. Services took off, and the US now has a multi-billion dollar trade surplus in services with China. The prediction was proved completely false within twenty years, and an enormous economic gain was generated in medicine, engineering, tourism, and many other fields. The perception that factories killed the farmer had long faded, but we still cling to a similar error, namely that services cannot grow without impoverishing a manufacturing based economy. We still cling to the 1950s notion that services are second best.

I don’t see a change in our general perception of industrial sectors. There is still a far greater emotional response to a factory closing than to an engineering firm opening. It’s not that plant closings are trivial, or that engineering is somehow superior. But there may be a problem with our focus on factories in that it takes energy away from aggressively developing more advanced services. After all, there is nothing to prevent India from becoming the world’s dominant services provider.

Nowack: Do you think the off-shoring trend will continue, or do you think reshoring trends will expand? Is America a viable manufacturing hub anymore?

Atikian: The main reason that offshoring boomed was that after Mao’s death, China began to open and modernize which meant that it encouraged the shift from farms to factories and soon added about 300 million workers to the world economy. This is the single biggest global shock of any kind in the past 250 years, so its effects likely won’t fade soon. But we can already see a wide range of forces acting on the off-shoring trend including energy costs, IP rights, rising productivity and wages, and the desire to reduce shipping time and currency risk. I don’t think that we can predict a dominant trend toward off-shore or re-shore unless we are confident of each of the above factors, in addition to political upheavals and future technologies that have yet to appear. Past predictions failed miserably for the same reasons, and that should be a major lesson. In 1955, nobody saw China or the Boeing 747 coming, but in a mere 25 years the world was an entirely new place.

Is America still a viable manufacturer? Absolutely yes. The rise of China’s manufacturing is not the downfall of America’s. Why not? The global pie is growing and US manufacturing output is too. Page 110 of Industrial Shift shows something that most people are unlike to have encountered. US factory output has doubled since 1970, mirroring the national economy with nearly continuous growth. Jobs and trade imbalances show that not all is well, but the manufacturing era is not at an end.

Nowack: We’ve previously talked to experts about nearshoring, or moving production to Mexico. Do you think this is an important trend to watch?

Atikian: Yes. I think that Mexico is important on several fronts. First, it has a decades long history of integrating global businesses into its economy. Second, it has a large capacity for further investment, with a capable and motivated workforce. Third, it offers a nearby location with continuously diminishing language barriers that will help to speed development and delivery. And finally, further industrial integration could provide avenues for continuous improvement in continental security and immigration matters. None of these factors decisively tips the balance away from China or other low cost locations like Viet Nam, but Mexico clearly provides an ongoing viable alternative.

Nowack: Anything you’d like to cover that I haven’t touched on?

Atikian: Employment is as crucial as production output to any country’s economy. We have already seen two great waves of change over the past century: from farms to factories, and then from factories to offices. Change at this scale is never painless, but at least we clearly know that enormous shifts are possible without massive displacement. Outside of recessions, unemployment generally stayed between 4% and 7% throughout the century. I think the wild card now is the chance that services may just as rapidly shift overseas as manufacturing has done, and at a large scale. This is not a prediction, but a possibility that people should start to deal with. And I believe that the way to deal with it is by relentlessly advancing the sciences and involving the greatest number of people before losing the opportunity to take the lead.

If you have comments or questions about this article, or would like to be featured in an upcoming article, please contact me at tia.nowack@advantagemedia.com or on Twitter at @TalesFromTia.