Flashback Friday: The Beginning of Volkswagen

This week in manufacturing history, the famous automotive brand Volkswagen was founded. 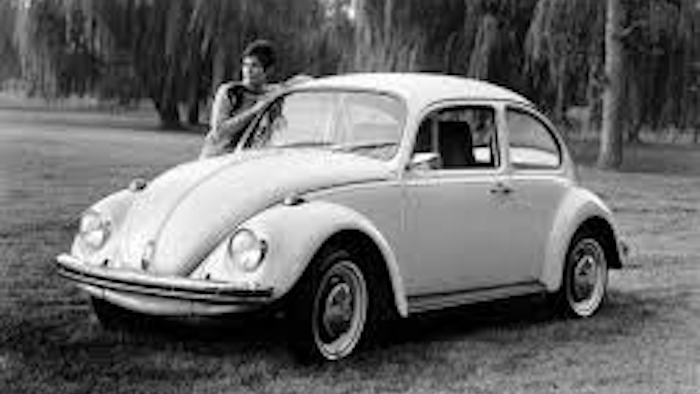 This week in manufacturing history, the famous automotive brand Volkswagen was founded. On May 28, 1937 the German government — then under the control of the National Socialist (Nazi) Party and Adolf Hitler — created a state-owned automotive company. The original name of the company was Gesellschaft zur Vorbereitung des Deutschen Volkswagens mbH. However, it was changed later in the year to Volkswagenwerk — The People’s Car Company.

The company’s headquarters were in Wolfsburg, Germany and it was originally operated by the German Labor Front. The company began as a piece of Hitler’s project to develop more autobahns as well as an affordable car to drive on them. The goal was to sell the vehicles for less than 1,000 Reich marks — the equivalent of $140 at the time, so they could truly be the car for everyone. At a Nazi rally Hitler said, “It is for the broad masses that this car has been built. Its purpose is to answer their transportation needs, and it is intended to give them joy.”

Volkswagen’s production would come to a halt after the start of World War II. However, after the war, the Allies would select the company as the

focal point in rebuilding the German auto industry. The company’s historic connections to the Nazi party dampened sales initially, but not forever. In 1959, an advertising campaign was launched that gave the company’s car the famous name, “Beetle”, and promoted the small size and unique shape of the car. Following the rebranding of the company, VW became the top-selling automotive import in the United States. Around this time, in 1960, the German government also sold the majority stock — 60 percent — of the company to the public, making it no longer affiliated with the government.

Volkswagen has only grown, becoming one of the world’s prominent automotive manufacturers. The group currently has 119 production plants in 20 European countries and 11 countries in the Americas, Asia and Africa. During any given week, 592,586 employees worldwide manufacture nearly 41,000 vehicles and work in vehicle-related services.