Is Shoe Manufacturing Making A Return To The U.S.?

U.S. employment in footwear manufacturing peaked in the early 1940s with about 260,000 workers. That number began to fall drastically in the ‘70s, and leveled off at about 14,000. The reason? The manufacturing work could be done at a lower cost elsewhere. However, after recent announcements from Adidas and Reebok, it looks like some of those jobs are making their way back to U.S. soil. 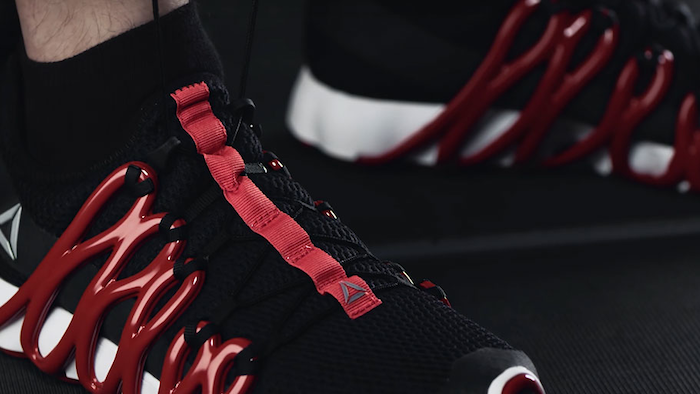 There was a time when shoe manufacturing in the United States was a pretty big deal. Back in the day, boots, oxford, wedge or sling back, if it was on your foot, it was made in the U.S.A.

In the 1940s, about a quarter-million Americans were working in the industry. The same, however, can’t be said today. A lot has changed over the years. The Wall Street Journal reports that U.S. employment in footwear manufacturing peaked in the early 1940s with about 260,000 workers. That number began to fall drastically in the ‘70s, and leveled off at about 14,000.

The reason? The manufacturing work could be done at a lower cost elsewhere, “a wave of low-cost manufacturers in Asia and other parts of the world” engulfed 98 percent of the American market, the Journal reports.

After recent announcements from Adidas and Reebok, it looks like some of those jobs are making their way back to U.S. soil.

Germany's Adidas AG announced plans in August to open its first U.S. factory in Atlanta, GA next year. While the SpeedFactory, will be mostly automated, it will create around 160 jobs. Being in the United States will allow Adidas to create product more quickly and closer to U.S. consumers, the company said.

“For years, our industry has been playing by the same rules — manufacturing product remotely in Asia,” Adidas Group Executive Board Member Eric Liedtke, said in a statement. “As the creator brand that challenges convention and looks to co-create the future with our consumers, we are obsessed with bringing all steps of the creation process home to America.”

The Associated Press reports that Baltimore-based Under Armour Inc. opened a new design and manufacturing center this year in its home city to develop its footwear and apparel lines, and Oregon-based athletic giant Nike Inc. — which some would say is a symbol of the outsourcing trend — has recently been talking of establishing more of a North American manufacturing presence.

In late October, Reebok announced plans to open a high-tech laboratory in Rhode Island — the Liquid Factory. (Adidas bought Reebok in 2005) In a post on Reebok’s website, Head of Future at Reebok Bill McInnis, says the team has completely overhauled the shoe production process.

The Liquid Factory will move away from the traditional mold process and instead utilize a machine that is a combination of a 3-D printer and an industrial robot. Check out the videos below to see the robots in action.

“It has typically been cosmetic changes we can do quickly, now we can do functional changes as well,” McInnis said.  “We can dial in the cushioning, traction, durability, bounce and energy return to do exactly what we want based on the form of urethane that we use, how much of it we use and how we design it in three dimensions.” 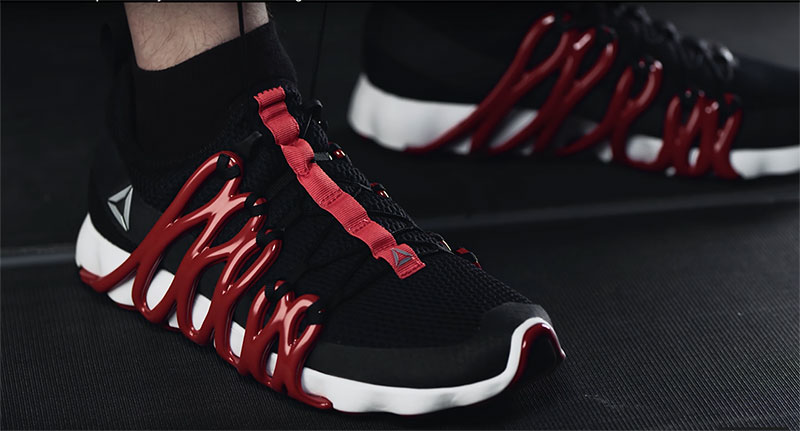 Plans are to have the Liquid Factory up and running in early 2017.

McInnis told the Providence Journal that he expects Reebok will begin to design thousands of the new shoes next year in a facility operated by AF Group Inc., in the Burrillville village of Oakland. (He said currently all 50 million pairs of shoes Reebok manufactures each year are made in China and Vietnam).

Initially five to 10 AF employees may be needed for the Reebok work. For the short-term, final shoe assembly would be completed in Reebok’s headquarters in Canton, MA. Plans are to start small, but if things go well, the work will one day require a manufacturing facility.

While many believe manufacturing job numbers will never reach the peaks of the past, it is still a welcome sight to see high-profile companies reshoring.