This Week in Food History: The Creation of General Mills

This week in food manufacturing history, we'll take a look at formation of General Mills, Kellogg’s trademark of Pop-Tarts and the the first food product to be logged on the Universal Product Code System. 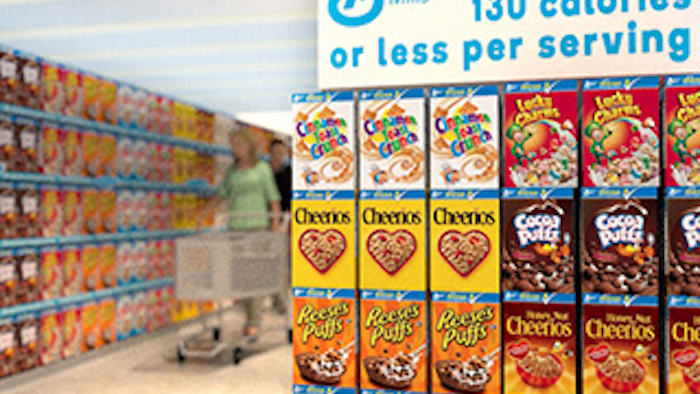 This week in food manufacturing history, we'll take a look at formation of General Mills, Kellogg’s trademark of Pop-Tarts and first food product to be logged on the Universal Product Code System.

The creation of a giant

While the incorporation of General Mills didn’t happen until 1928, the company’s origins date back to 1866, when Cadwallader Washburn opened the first flour mill in Minneapolis, Minn. His business, which was called the Minneapolis Milling Company, competed with the local miller C.A. Pillsbury.

The two joined forces in 1869, forming the Minneapolis Millers Association. Both Pillsbury and Washburn wanted to find a way to make the winter wheat into a higher grade, so with the help of a French engineer, Washburn not only improved the method but also made his product the best flour available in the U.S. When Pillsbury adopted the same technique, Minneapolis became the country’s flour milling center.

In 1877, John Crosby entered into a partnership with Washburn and the Minneapolis Milling Company was renamed the Washburn Crosby Company. The following year, the Minneapolis Millers Association reorganized to better appease farmers who found its business practices unfair.

In 1888, James S. Bell succeeded Washburn as the head of the Washburn Crosby Company. Throughout the years, and in 1928 (the year General Mills was formed) the company had approximately 5,800 employees and annual sales of $123 million. Its strongest products included Gold Medal flour, Softasilk cake flour and Wheaties.

Today, General Mills is one of the largest food companies in the world.

The fruit preserve-filled pastry product, Pop-Tarts, that well all know and love was registered for trademark on June 22, 1965.

Originally not frosted when first introduced in 1964, the Kellogg Company later determined that frosting could indeed withstand the toaster, and the first frosted Pop-Tarts were released in 1967. The four original flavors were strawberry, blueberry, brown sugar cinnamon and apple currant. Today, there are dozens of varieties of the rectangular, pre-baked toaster pastries, including chocolate chip, s'mores and peanut butter.

To date, Pop-Tarts are one of Kellogg's most popular brands, with millions of the pastries sold each year. As of 2014, sales of Pop-Tarts had increased for 32 continuous years.

On June 26,1974, a package of Wrigley’s chewing gum with a bar code printed on it was the first product logged on the new Universal Product Code System (UPC).

Norman Joseph Woodland, one of the investors of the barcode, is given much of the credit for this everyday technology. Woodland, a military veteran who worked on the Manhattan Project during World War II, focused his attention on how Morse code was used to send information electronically. He began to draw dots and dashes into the sand, similar to the shapes used in Morse code.

He soon came up with the concept of a two-dimensional Morse code. He shared this idea with his Bernard Silver, his Drexel Institute of Technology graduate and study peer, and patented the idea on October 7, 1952.

Woodland was working at IBM at the time and hoped the company would develop his technology, but he was told doing so was not feasible for the company. The patent was then sold to Philco, and then again to RCA.

Finally, in 1969 the National Association of Food Chains gained interest in the patent and began to work on a Uniform Grocery Product Code. IBM then became involved in 1971 and Woodland got his chance to play a key role in developing the nation's first Universal Product Code System, or UPC. IBM developed electronic cash registers run by their computers to help work with the new system.