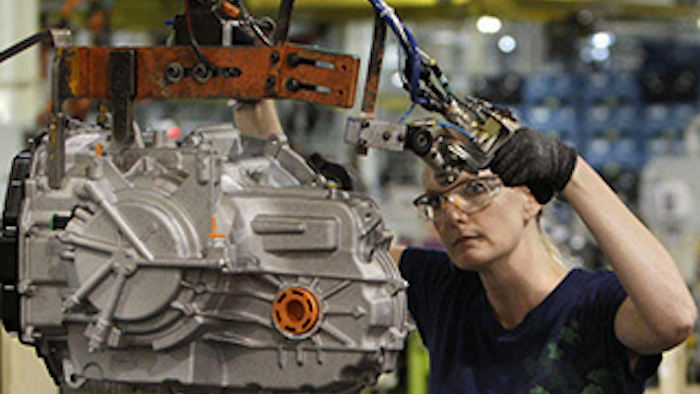 In her article “Why The Manufacturing Skills Gap Is Serious,” Anna Wells, Executive Editor of IMPO, writes, “In an industry that has yet to recover the jobs lost in the recession, we’re dealing with vacancies in the skilled trades that threaten to derail production growth and sector expansion.” While the economy is in the process of recovering from the recent economic Recession, it is essential that the manufacturing sector continues to grow stronger.

There are many possible contributing factors to the shortage, including a lack of wide-spread technical or vocational education at an early age, a significant shift in the technical skills required for the average manufacturing position, misconceptions about the manufacturing industry, and the wages and benefits associated with those positions.

According to the Manufacturing Institute 2011 report “Boiling Point? The Skills Gap In U.S. Manufacturing,” “Eighty-three percent of companies indicated a moderate to serious shortage of skilled production workers and 69% of companies expect this shortage to worsen over the next three to five years.” Despite these projections, the manufacturing industry talent shortage might be about to look up as education becomes more affordable and wages start rising.

Obama’s recent announcement that he plans to make community college free could be one step toward closing the skills gap. The more opportunity people have to learn new skills, the better, right?

Maybe. Bloomberg TV’s Stephanie Ruhle said, “If you were an 18 year old, and you didn’t have the grades to get into a top university, wouldn’t it make more sense to try to become a carpenter, mechanic, or plumber? We surely need those more than students who go to a community college...maybe we should spend more money on vocational schools rather than community colleges.” Gail Mellow, president at LaGuardia Community College, argued that what America’s economy truly needs are the entrepreneurs that come out of community colleges.

Community colleges educate more than just budding entrepreneurs, however. In November, a Manufacturers Resource Center (MRC) article reported, “MRC is proud to announce a 36% increase in manufacturing-related student enrollments in three of the region’s career & technical schools…MRC led the ‘Skill Up’ grant initiative to address the manufacturing skills gap and change the outdated image of manufacturing.” Additionally, a recent AP article announced that an Illinois Community College is adding a degree in fracking. The more people graduating with manufacturing-related community college degrees, the better.

Not just vocational apprenticeship training is needed. A STEM-based education is also very valuable to a person seeking a job in the manufacturing industry. Wells writes, “Today’s manufacturing plants are increasingly integrating high tech equipment that requires specific knowledge and overlaps into design and programming, which means an emphasis on STEM skills is usually a good start.”

This is because the entire landscape of manufacturing is changing. According to the Manufacturing Institute report, the increasing automation of plant operations means “While some remaining job roles will require less technically skilled workers, ironically, these trends and innovations actually demand more skilled workers, such as maintenance engineers.” The opportunities and experiences available through a career in manufacturing have opened up significantly with increased automation, the Industrial Internet, and other recent manufacturing technologies.

While those inside the manufacturing sector are aware of these changes, many students are not. The Manufacturing Institute report reads, “A recent public opinion survey on manufacturing found that among 18-24 year-olds, manufacturing ranks dead last among industries in which they would choose to start their careers.”

In addition to lacking interest in the field, many people entering the workforce are finding that manufacturing wages just aren’t as competitive. In Chris Fox’s article “Talent Shortages? Blame Salary, Not Just Training,” he makes the point that the problem behind a talent shortage is often a disagreement about compensation. The issue, he says, “Is less about properly training prospective employees, and more about employers shying away from investment in new talent.”

Scott Horsley of NPR recently explored the issue of low wages in manufacturing in his piece “Growth in Manufacturing Tempered by Low-Wage Jobs.” Horsley says, “While the U.S. auto industry has added hundreds of thousands of jobs since bottoming out during the recession, many of those jobs are in nonunion parts plants where pay and benefits are typically lower.”

He anticipates that this will change in the future, however. He says, “As the broader job market improves, wages should start climbing as well.”

Traci Fiatte, President of General Staffing at Randstad, has already begun to see low manufacturing wages increase. She says, “We have seen an increase in jobs, but not an increase in pay, but that is starting to change. Even in entry level positions, the salaries are staring to creep up, and that is what you would expect to find when demand is high and supply is low.”

According to Fiatte, a focus on properly compensating workers is extremely important to retaining skilled workers. She says, “Companies should be aware that salaries are going up and should go up.  Highlighting total compensation packages inclusive of healthcare, training programs, stability of the position, etc. are very important to talent.”

There is no quick fix to the skills gap, because all of these issues intertwine. Young people lack interest in the manufacturing industry, partly because of a misconception about what a manufacturing job would look like, and partly because the industry isn’t seeing sufficient wage increases. Because they don’t investigate the sector, they don’t know that they need more education, training, and technical skills to hold a manufacturing job because they aren’t aware of the shift in skills required by the industry.

There are some bright spots, however. Rising wages in manufacturing facilities and the increased availability of a community college education are solid steps toward strengthening the manufacturing workforce and reasons to be optimistic about the skilled worker shortage in 2015.