This Week in Food History: The Humble Spud

This week in food manufacturing history, we’re looking at Britain's first potato, the trademark of Little Debbie's snack cakes and the introduction of the deliciously sweet candy, The Mars Bar. 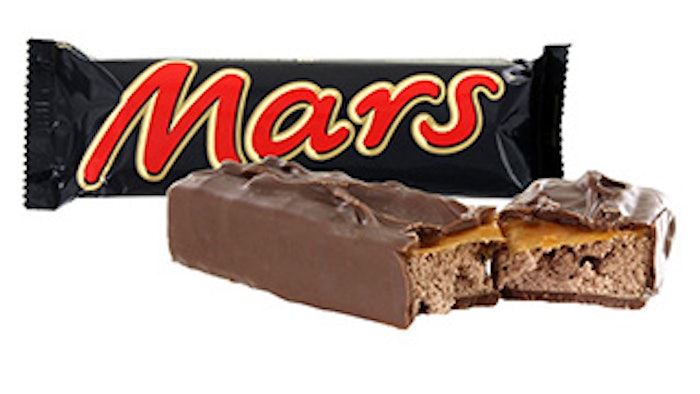 This week in food manufacturing history, we’re looking at Britain's first potato, the trademark of Little Debbie's snack cakes and the introduction of the deliciously sweet candy, The Mars Bar.

If you had to name your favorite vegetable, I would be willing to bet that most people would choose the potato. Who doesn't love this vegetable? Mash it, bake it, cut it up and fry it — so many ways to cook it, and yet it never gets old.

It was on July 28, 1586, that the spud helped shaped Britain's destiny. Sir Thomas Harriot had arrived in Plymouth after spending time on Sir Walter Raleigh's English colony on Roanoke Island in modern-day North Carolina. While there, he studied the wildlife, and potatoes.

In the following months, Harriot recorded his adventures. In it, he described a curious tuber:

Openavk are kind of roots of round forme, some of the bignes of walnuts, some far greater, which are found in moist & marish grounds growing many together one by another in ropes, or as thogh they were a string. Being boiled or sodden they are very good meate.

As it turns out, Britain is certainly not short of "moist and marish grounds" and so the potato soon took root. And since then, potatoes have become apart of Britain's national cuisine.

The cakes, however, were first introduced in 1960 when the first-family pack was produced, consisting of the original snack cake, the Oatmeal Creme Pie.

Little Debbie, which is named after the granddaughter of the McKee Foods founder O.D. McKee, quickly became a member of American households.

After its initial introduction, more than 14 million cakes wer sold within 10 months. Besides the Oatmeal Creme Pie, 14 different varieties were introduced by 1964, including the ever-popular Nutty Bars and Swiss Cake Rolls.

The all-famous Mars Bar was first manufactured on August 1, 1932, in Slough, Buckinhamshire in the United Kingdom.

It was first advertised to the trade as being made with Cadbury's chocolate as "couverture".

In 1932, Forrest Mars, the son of American candy maker Frank C. Mars, rented out a factory and began manufacturing a chocolate bar consisting of nougat and caramel covered in milk chocolate.

The new confection was meant to model after his father's Milky Way bar, which was already popular in the U.S.

Today, the basic recipe is unaltered, but the size of the bar and the proportions of the main components have changed over the years. This version is sold worldwide, except for the US, and is packaged in a black wrapper with red lettering.