The Genesee Brewery has unveiled a two-story Christmas tree built from 428 empty beer kegs outside its Genesee Brew House in Rochester, N.Y. 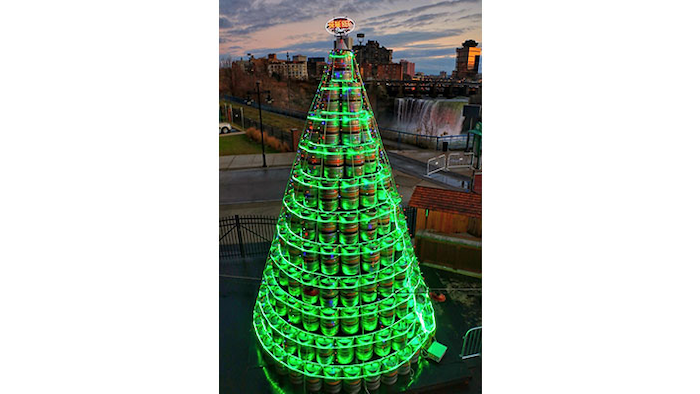 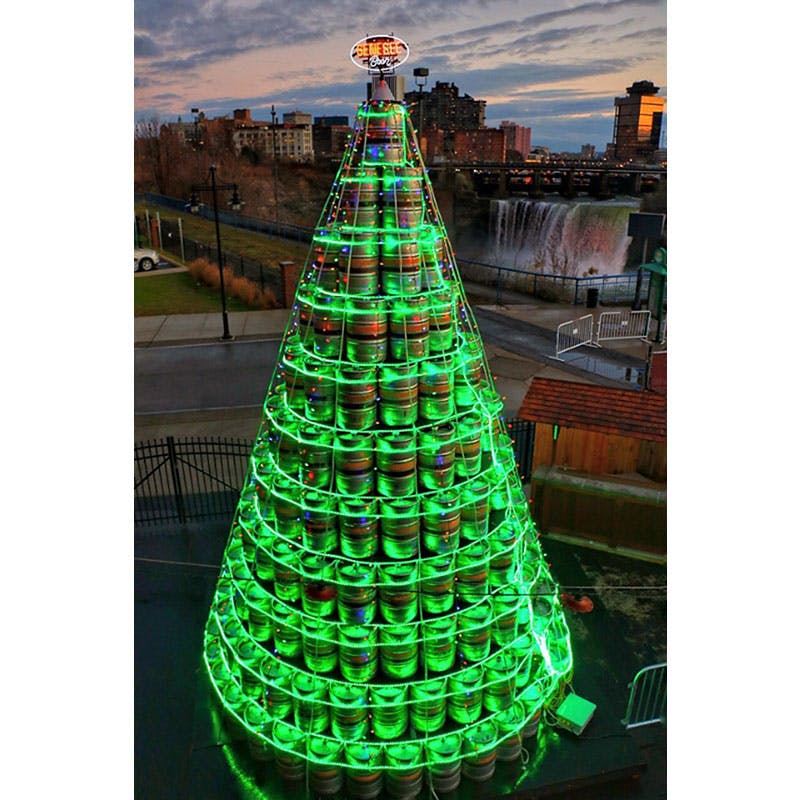 We're now well into December, and the holiday lights and decorations are out in full force. But not until now have I seen a Christmas tree quite like this one.

The Genesee Brewery has unveiled a two-story Christmas tree built from 428 empty beer kegs outside its Genesee Brew House in Rochester, N.Y. According to a news release issued Tuesday, the tree — which is 26 feet tall — took five employees two days to construct. It is adorned with green LED lights and features a neon Genesee beer sign on the top.

"The Beer Keg Christmas Tree has already become a fun, holiday tradition," Mike Gaesser, director of packaging innovation for Genesee, said in the news release. "I've worked here 38 years and, at the brewery, we're all like family. I can't think of a better way to celebrate the holidays than to build a Keg Tree from our family to yours."