This week's look at who's getting kudos and who's getting flak highlights researchers who revealed a way to turn common trash into health-food gold and Dow’s CEO, who drew fire in a damning new report. 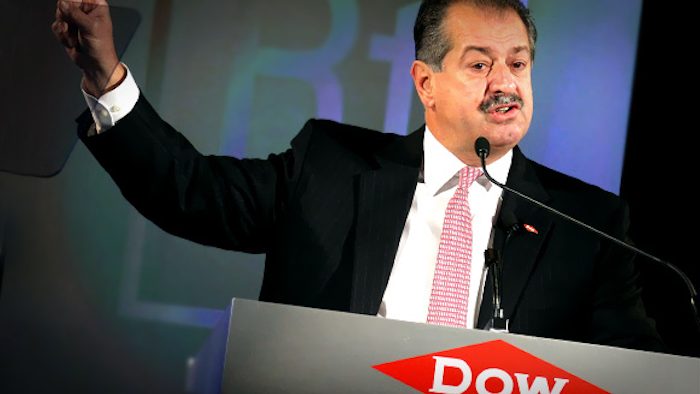 This week's look at who's getting kudos and who's getting flak looks at researchers who revealed a way to turn coffee grounds into a healthy food additive, and Dow’s CEO, who drew fire in a damning new report.

Hero
Maria-Paz de Pena and other Spanish researchers
In the most recent issue of the Journal of Agricultural and Food Chemistry, researchers from the University of Navarra in Spain reported a way to turn common trash into health-food gold. Their source? Used coffee grounds.

Brewed coffee is often the daily diet’s richest source of antioxidants called dietary phenolic compounds. But used grounds, which are also chock-full of the antioxidants, usually go to waste in the trash.

To instead make good use of the compounds, the researchers used three methods to release the antioxidants — sometimes at higher levels than brewed coffee.

If used as a food additive, the researchers concluded that the grounds "may add beneficial health properties to food, specifically in the prevention of oxidative stress related diseases, such as cancer and cardiovascular and neurodegenerative diseases."

Villain
Dow Chemical’s CEO, Andrew Liveris
Andrew Liveris is one of the world’s best known CEO’s, making him a prime target for criticism. This week, an investigative report by Reuters tore open an old wound that helped tarnish the $52 billion chemical company’s image.

For years top auditors at the company have questioned Liveris’ spending habits, accusing the top dog of using company dollars to fund lavish trips and parties for his friends and families. Some of the accusations resulted in lawsuits last year filed by a former fraud investigator for the company. Among the expenses questioned in the lawsuit was an African safari and a

$218,938 Super Bowl party that appeared to be only for Liveris’ friends and family (with no customers present).

Dow called the lawsuit a “baseless” attacked by a “disgruntled” former employee, and eventually settled the case out of court.

That might have put the matter to rest if it weren’t for the Reuters story that examined thousands of pages of documents from the lawsuit, and a never-before published 2013 memo called “DOW CONFIDENTIAL” where one of the company’s top auditors warned that Liveris’ behavior could be putting the company’s health at risk.

The Reuters report also discussed Liveris’ cozy ties to Democratic Presidents Obama and Clinton, as well as Liveris’ and Dow’s use of company resources to help a charity Liveris co-founded to give aid to his debt-stricken home country, Greece.

While Dow and Liveris have recently repaid hundreds of thousands of dollars to Dow for some of the questioned expenses, the total was far less than the $1 million auditors have said he owed.

Soon enough, dust will likely settle again on the matter. But it’s clear that critics will be watching the personal behavior of the CEO closely and with plenty of ammo if they decide to pounce.