With tanks of oil piling up in the U.S., the drumbeat for lifting the crude export ban has been getting louder — but many in Congress are still reluctant to let the ban go. Here are some of the arguments in support of keeping the ban and how they stack up against the facts. 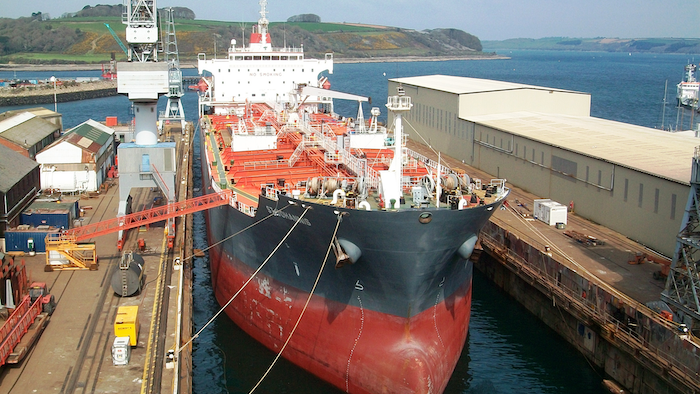 Oil companies around the country have taken a major hit by declining crude prices in the last year — rig counts have been plummeting and companies are facing layoffs. According to an estimate by the Federal Reserve Bank in Dallas, Texas alone could lose 140,000 jobs in the next year as the slowdown in oil production impacts the state’s entire economy.

These developments have left oil giants chomping at the bit to have access to markets overseas. One report stated that ConocoPhillips shelled out $1.4 million lobbying Congress in the last three months of 2014 about crude exports and other issues.

This week, Ryan Lance, CEO of Texas-based ConocoPhillips, told the U.S. Chamber of Commerce, “We shouldn’t put domestic producers at a competitive disadvantage by limiting the available markets.”

The ban was put in place after the 1970s Arab oil embargo to protect America’s supply and stabilize prices. While the U.S. is certainly facing a new reality when it comes to domestic oil supply, lifting the ban is still a touchy political subject.

Here are some of the arguments in support of keeping the ban and how they stack up against the facts.

Claim: Lifting the ban will raise gas prices.
Verdict: It’s actually the other way around.

Polls have shown that Americans believe that if Congress lifts the ban, they'll pay for it at the pump — which has left many in Congress unwilling to make that political gamble.

But there’s no lack of research on this topic, and most studies agree that instead of lowering the U.S.’s supply of oil, and thus raising the price, the opposite will be true.

The reason is because gas prices are tied to the global market — or the Brent market — not domestic prices. Thus, if the global market was infused with more crude from the U.S., that will increase supply and lower prices. One study by the Brookings Institute estimated that the price could decline by $0.09 a gallon this year if the ban was lifted entirely.

Claim: It will hurt U.S. refineries.
Verdict: Maybe — but it would also be offset by major gains to the manufacturing industry as a whole.

“Easing restrictions on crude oil exports threatens the long-run health of the refining sector and the jobs it provides,” Brad Markell executive director of the AFL-CIO’s industrial union council, was recently quoted as saying.

Many agree that the U.S. refining industry could take a hit if more crude was shipped away. Even though most refineries in the U.S. are equipped to process heavier crude, many have been increasing their capacity to process the light, sweet crude flowing from shale regions.

However, not all in the industry are against lifting the ban. At a recent House energy subcommittee meeting, the American Fuel and Petrochemicals Association, the trade group for refiners, said it didn’t oppose lifting the ban, stating: “The free market should drive all energy policy.”

Meanwhile, the president of the McGraw Hill Financial Global Institute predicted that the impact of lifting the ban on refineries could be almost nothing.

“U.S. refiners have a big advantage in fuel costs and transportation costs,” he said, “and may be the winners in the battle even if oil exports are allowed.”

Meanwhile, U.S. manufacturers overall would stand to gain big. One study by the Aspen Institute in October 2014 estimated that the infrastructure build-out to accommodate crude exports could add an average of 37,000 extra jobs across all manufacturing sectors by 2025. It also estimated that industries including machinery, durable goods production, mining and construction would all see gains in the billions by 2017.

Claim: It’s awful for the environment.
Verdict: It doesn’t have to be.

No matter how you slice it, environmentalists are never going to be OK with all this extra fracking and oil transportation. And environmental lobbyists continue to hold sway with many Democrats in Congress. Fears of oil companies putting profits ahead of environmental risks aren't exactly unwarranted.

But given the economic benefits, attempting to steamroll the momentum of U.S. oil production doesn’t seem as reasonable as working to keep pressure on oil companies to make it as safe as possible. As many have pointed out, it's likely more helpful to focus on carbon taxes to reduce greenhouse gas emissions, and regulations to reduce the environmental impact of fracking and transportation. Plus, keeping the ban isn't going to stop all this oil from being sucked from the ground and shipped around the world either. In fact, less oil produced here, just means more will be imported from the Middle East.

What do you think about the crude export ban? Let us know by commenting below.