The World is Running Out of Helium! Or is It?

Sorry kids, we might have to take those balloons back. 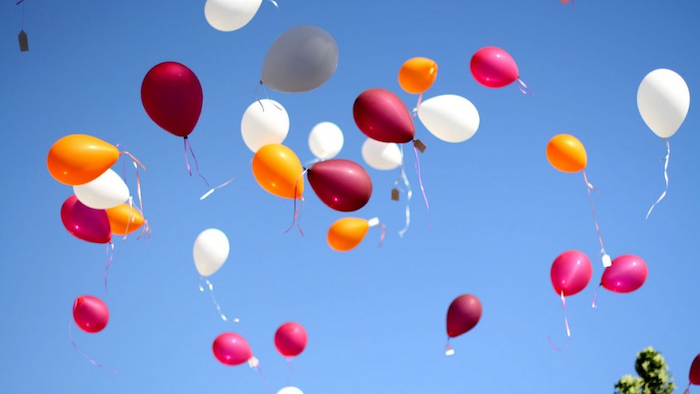 There’s a common refrain about helium that ripples through the scientific community and news media from time to time and it isn’t a happy thought: We are running out of helium. Sorry kids, we’re going to have to take those balloons back. Because when this non-renewable mineral resource is gone, we can’t get more.

And helium is a nifty resource we don’t want to lose. It’s used as a superconductor for magnets in MRI machines that need to be cooled to generate the hugely powerful magnetic fields. It’s also used in Heliox, a helium/oxygen mix that aids breathing, in deep sea diving, in industrial leak detection equipment, and as a shielding agent in arc welding for some materials. Also, it’s great at parties.

Helium is so precious the British Medical Association recently called for the end of its use in “frivolous” balloons so that it wouldn’t be wasted.

“We’re going to be looking back and thinking, I can’t believe people just used to fill up their balloons with it, when it’s so precious and unique,” a Cambridge University chemist said in a BBC article.

The problem, experts point out, is that once helium is extracted from the ground and used, it’s gone forever. (Think about that next time you watch a balloon float away.) Helium is created when radioactive uranium breaks down, which is happening all over the world, and is recovered from mines. When uranium is deeper below the surface, helium often collects with natural gas and can be extracted along with it.

Which brings us to just outside Amarillo, Texas — home of the National Helium Reserve. The U.S. has historically extracted more helium than any other country (we make about 30 percent of the world’s supply) and it has primarily come from Texas. This explains why Texas was chosen as the location of the Reserve in 1925, which was a strategic supply hub for airship gas. Trouble is, U.S. helium reserves have fallen and the U.S. has a mandate to sell them all off. In fact, unless Congress changes the law governing the Reserve, it is slated to close shop in 2021.

Where will that leave us?

Prices on the helium market have yo-yoed over the years. But brief shortages coupled with high demand have led to a steady increase in prices.

The cost of helium matters, because if it’s competitive enough, the market will come up with ways to fill in the shrinking helium balloon. Or at least, that’s the hope.

The Future of Helium

The search has already begun to find alternatives to helium.

Some have looked to nitrogen or hydrogen in some medical applications, such as chromatography. But for other applications, no replacement exists.

Other countries with helium reserves have also stepped up their game, including Qatar, which now has several helium production plants and has become a supplier of 14 percent of the world’s helium.

Some have kicked around the idea of recycling helium, which might become a more economically viable option when the price is right.

But even cooler: China announced earlier this year it plans to mine the moon for helium-3, which is sought after as a fusion fuel. While Earth’s magnetic field shields it from the Sun’s release of helium-3, the gas readily collects on the Moon, where it is estimated that about five million tons are stored on the top surface layer.

So while it’s true that the U.S. supply of helium may be dwindling, that doesn’t mean we’re in any immediate danger of losing this precious element. In fact, just as fracking shale brought a revolution to the oil and gas industry after we had already passed what was believed to be “peak oil” discovering new extraction methods could do the same for helium.

And we probably don’t have to wave goodbye to our party balloons for some time to come.