A Solution to The Ethane Supply Glut

Ethane rejection is on the increase. By one estimate, about 250 million barrels per day (Mb/d) of ethane were rejected in 2014 — a number that is expected to triple to more than 700 Mb/d in 2017. 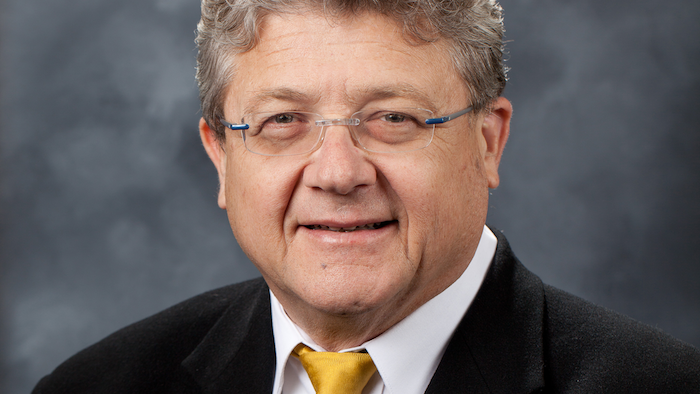 The shale boom in the United States has resulted in a surge in the supply of natural gas liquids (NGLs). The natural gas produced at shale plays such as the Marcellus Shale, as well as in association with oil production at the thousands of crude oil wells in North Dakota’s Bakken formation, contains NGL products such as ethane, propane and butane that can be stripped out and sold separately from methane, the primary constituent of natural gas.

But there are a number of problems with getting ethane, which is the second largest component of natural gas, to market. One means of addressing this issue is through small-scale gas-to-liquids (GTL) technologies, which can be used onsite at oil and gas wells and at midstream plants to turn ethane into valuable liquid end products. These include gasoline, methanol, diluent and a “miscible” crude that can be mixed with the oil produced at the wellhead for transport to offsite refineries.

The ethane problem
But first, let’s get back to the ethane problem. Ethane is in demand to produce ethylene, an important feedstock in the plastics industry. But the current state of the domestic transport, storage and processing infrastructure for ethane is insufficient to handle the supply glut. While plans are in the works to build new ethane cracker plants on the Gulf Coast, as well as to build facilities to export ethane to petrochemical markets in India, East Asia and Europe, these are long-term solutions. In the short term, the ethane supply continues to exceed demand, exerting downward pressure on prices.

Another issue is the expense of separating NGLs from the gas stream. This isn’t a problem for NGLs for which strong markets exist, such as propane, which can be sold into regional home heating markets, or butane, which can be delivered to refineries by truck or rail, but it is a problem for ethane, which can only be separated through an expensive deep refrigeration process. If the price of ethane drops too low, it becomes more economical to leave it in the natural gas stream to be burned for cooking, heating and electricity generation — a phenomenon known as “ethane rejection.”

While estimates of the amount of ethane that is currently being rejected vary widely, it’s clear that ethane rejection is on the increase. By one estimate, about 250 million barrels per day (Mb/d) of ethane were rejected in 2014 — a number that is expected to triple to more than 700 Mb/d in 2017.

Flaring in the Bakken
Ethane rejection is a solution to the ethane oversupply in regions where a natural gas pipeline infrastructure exists, such as the Marcellus Shale, which stretches across the Appalachian Basin of the eastern United States. But what about in regions where there is limited natural gas pipeline infrastructure, such as the Bakken formation in North Dakota?

In remote regions such as the Bakken, associated gas, including gas that is high in ethane, is typically flared. Currently, nearly a third of North Dakota’s gas — or about 266,000 million cubic feet per day — is flared, representing a value of more than $1 billion per year, or $3.6 million in lost revenue per day at market rates, according to a report by Ceres, a nonprofit organization that advocates for sustainability leadership. In 2012, natural gas flaring in North Dakota emitted 4.5 million metric tons of CO2, the equivalent of the annual emissions of approximately one million cars.

Because of the threat to the environment posed by CO2 emissions, North Dakota has imposed tough new restrictions on flaring, with penalties including restrictions on oil production. The need to comply with anti-flaring mandates, along with the waste of valuable fossil fuel resources, has oil companies scrambling to find ways to monetize flare gas, including the development of markets for ethane. While plans are underway to build natural gas processing facilities, ethane-specific pipelines and regional ethane cracker plants, the establishment of a substantial ethane infrastructure is years away.

Even in regions where ethane rejection is an option, however, it isn’t always feasible to reject it because pipeline operators impose strict limits on the amount of ethane that can be rejected. Because ethane has a higher heat content than methane, too much ethane in the gas stream can cause the gas to liquefy, which leads to pipeline transportation problems. Also, a higher ethane content would require changes to burners in the homes and businesses that use natural gas for fuel, which isn’t practical. Finally, the “hotter” gas can ignite when it comes in contact with oxygen.

Monetizing unwanted ethane
So how can oil and gas companies monetize the ethane that is currently being rejected into the natural gas stream, flared off or left in shut-in wells?

As mentioned, one option is GTL technologies, which can turn ethane or mixed methane/ethane into a wide range of valuable end products, including gasoline, which can be sold directly into the wholesale gasoline market; methanol, a valuable chemical feedstock; and diluent, which can be mixed with crude to lower viscosity and boost volume. These end products can be produced from ethane alone or from a range of natural gas feedstock types, including those that are high in ethane.

Because of its high efficiency, the STG+ process is cost-effective, producing transportation fuels at prices that are competitive with the prices of fuels produced from crude, even when crude is trading at currently depressed levels. When using low-cost feedstocks such as flared or stranded methane and ethane, the economics are even better.

Also, unlike other proposed solutions to the ethane glut, such as building new ethane cracker plants or exporting ethane abroad, the STG+ technology is available now. Oilfield services, production and midstream companies around the world are exploring the STG+ technology as a means of monetizing a wide range of natural gas resources that are currently stranded, underutilized (as in the case of ethane rejection) or wasted through flaring and venting.

Historically, ethane has commanded higher prices than natural gas, having been considered a valuable natural gas liquid rather than an unwanted byproduct of oil and gas production, as is now the case. The STG+ technology offers the opportunity to reclaim value from stranded ethane, create a valuable new industry, reduce greenhouse gas emissions and wring as much use as possible out of fossil fuel resources that are by their very nature finite.