A comprehensive energy assessment reveals savings opportunities on the process and people sides of a chemical facility. 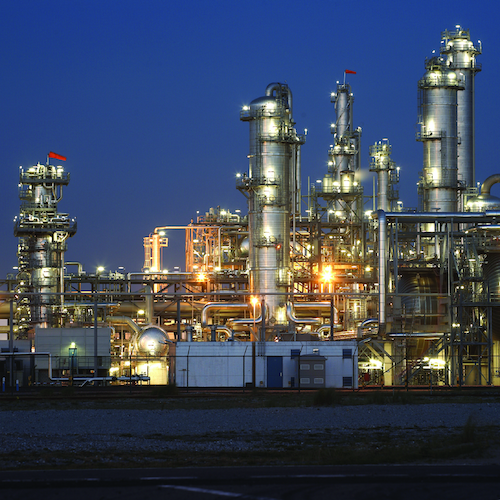 Owners and operators of chemical production facilities place a far greater emphasis on the reliability and energy efficiency of process areas than they do on the energy efficiency of the systems that heat and cool their offices. When they engage a consulting engineer for an energy assessment, they are focused on cost-effective production, and understandably so. Yet owners can achieve significant savings on energy costs if they include offices and other occupied spaces in the assessment.

One such analysis of a chemical company clearly demonstrates the benefits of a comprehensive assessment. The facility studied was a 1,600 acre site with energy intensive processes. It has an electrical power feed of 50MVA and consumes over 1,435,000 MMBTU of natural gas per year. Based on current best industry practices, owners wanted to know specifically what energy savings could be realized through improvements in the energy flow from the plant’s utility systems to its chemical processes. The project team was asked to identify energy savings opportunities with a short-term simple payback. The assessment also took into account various risk management scenarios of escalating energy prices to identify additional short-term payback opportunities.

Although this plant’s energy consumption was largely attributable to chemical processes, the project engineers proposed expanding the assessment beyond the process to include HVAC services in five administrative, engineering and laboratory buildings.

The project leaders identified ways to save more than $2 million a year overall, including $100,000 on the cost of steam and more than $200,000 on the cost of electricity to heat and cool administrative, engineering and laboratory spaces. At the same time, the engineers’ assessment of natural gas usage throughout the facility was the key to identifying over $500,000 in potential savings on natural gas costs from a reduction in the number of standby boilers on the process side. Engineers also found enough recoverable waste heat on the process side to provide all of the heating for occupied spaces. In addition, using existing cooling towers, they were able to increase cooling efficiency by 3 percent.

Here are the key findings of the study.

Reduce Standby Process Boilers: Save $500,000
Steam production trend charts showed that all five boilers were typically in year-round service except for scheduled maintenance. Boilers operate most efficiently at high firing rates, but the plant did not require any of the boilers to operate above 50 percent of their capacity. Discovering that, on any day, excess boiler capacity exceeded demand for production steam by a factor of two, the engineers concluded that the plant could shut down two boilers, meet production needs, and still maintain one boiler on hot standby.

Engineers discovered this opportunity while reviewing the recorded steam production and natural gas consumption data.  The plant meters the gas each boiler consumes and the gross steam production from their two steam generation buildings. The difference in actual generation, compared to total capacity, was three boilers worth of steam. From each boiler’s gas usage, engineers discovered long periods when the boilers were idling. Assuming only one spare idling boiler, shutting down the other two idling boilers was calculated to save $500,000.

Replace existing pneumatic controls with a direct digital control (DDC) system. The old pneumatic equipment was not working well in 10 of the buildings. New DDC controls would not only improve occupant comfort but would also make possible various energy conservation strategies, such as temperature setbacks, vacation mode, optimum warm up, demand control ventilation, VAV reset and others.

Reset space cooling set points. There was no building automation system (BAS) to control the separate HVAC units and zones that served three of the buildings. The thermostat settings were raised during the cooling season, following best practices, from 68 to 72 degrees. Each degree increase in set point can save as much as 3 percent on cooling costs per day.

Replace existing chillers. Engineers noted that the chiller in one building was more than 20 years old. Current chiller technology is 5 to 15 percent more efficient than old equipment, especially in partial load operation, which is where this equipment will operate during the majority of the cooling season.

Convert air handling systems. One building had a constant volume AHU that served variable air volume (VAV) boxes for each zone. Fan energy is wasted by recirculating the excess air volume that was not used. Converting the air handler to a VAV operation would slow the fan speed to match the air volume needed for cooling. This would result in an 8 percent reduction in fan energy.

Rebalance existing fume hoods in the laboratory. The lab hoods in the testing facility did not have adjustable sashes and the air volumes exceeded 100 fpm. Rebalancing hood exhaust to recommended levels would save energy by reducing the amount of conditioned air that replaces air exhaust from the lab.

Install VAV controls in the large fume hood lab. No controls were available to reduce the air volumes to hoods when not in use. During this time, or even when the hood sash is closed, the air volume is reduced to maintain the recommended opening velocity. This strategy saves not only on the cost of conditioned air replacement costs but also hood fan energy.

Mothball unused or underutilized spaces. Several buildings had only 10 to 50 percent occupancy. Moving occupants from the nearly empty buildings to other available spaces reduces maintenance costs and saves energy.  The empty buildings are then kept just warm or cool enough to prevent damage to the structure and contents.

The projects were estimated to save a total of $244,000 per year on steam costs and $9,900 on electricity costs. Conversion to DDC controls yielded the greatest single savings on combined energy costs at $134,000 (of the $244,000)—with a simple payback in just eleven years. The average simple payback on all of these projects takes just six years—an excellent ROI.

Use recoverable waste heat to meet heating requirements. Currently, condensate return from the boiler distribution system is approximately 70 percent, and the balance is unrecovered. However, the industry standard for condensate return, excluding direct injection, is 90 percent. Recoverable condensate could clearly be used for the heating needs of occupied buildings if piping were run to these buildings.

Use water cooled condensers to cool occupied spaces. Office cooling has been provided by DX units even though the plant already has an extensive and energy-efficient cooling water system. The project leaders recommended that new RTUs use water from the cooling towers, which would improve efficiency by 3% or greater.