Through all of the vehicle damage, tire slashing, death threats, fist-fights, union grievances and more, my boss never wavered on the whatever-it-takes commitment to becoming a safe operation, and it worked. 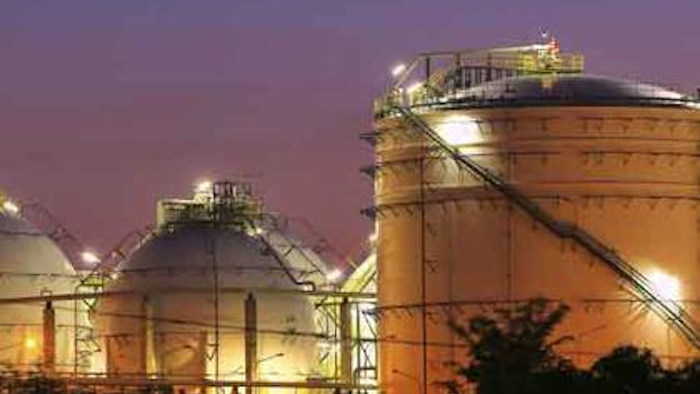 The chemical industry is a far cry from when I left it in the mid-1990s. My former employer was a large (350 workers) unionized specialty chemical site tucked away in the mountains of eastern Kentucky since the

early 1970s. Products ranged from commercial sealants and adhesives to the insulating strip that goes in energy efficient windows.

We had hundreds of products with complex, hazardous formulations, and few, if any, of them were environmentally friendly or safe for workers. More than 100 of our products contained asbestos, which was on the low end of the hazard scale for us. Workers often used asbestos for oil-dry and enjoyed throwing the compacted “snowballs” at each other or sticking them on the walls. We had many “walking wounded” suffering the permanent debilitating effects of isocyanate inhalation in the reactor room where all of the really good stuff went on. It was hot, smoky and high-hazard in every sense of the phrase. Education levels for safety were very low, and compliance was even lower.

When I started, I was to be the sixth or eighth environmental, health and safety manager in less than three years — they had lost count. Some before me had bailed after only days on the job; two never even showed up for their first day of work. One even called from the airport, refused to say where he was going and told the company to keep his check and never contact him again. It sounded like a witness protection scenario, which turned out to be pretty close to right.

During the site tour portion of my interview, it took only minutes to conclude that this company represented an impossible task. The production manager giving me the tour set the bar as he took me to a high observation point and, with a cigarette in hand, rhetorically asked, “What do you see?” My candid assessment clearly made him feel right at home.

As he stood next to an asbestos bin, he took another drag on the unfiltered Camel and followed with, “That’s exactly right, so look around and tell me is there anything you could do that would make this any worse than it already is?” Without waiting for the obvious reply, he declared with great enthusiasm, “So you can’t lose!” It was perversely inspiring.

Having turned it down twice, I began that job reluctantly with an understanding that I would be given unrestricted authority to bring order from chaos. My new boss surprised me with $1,500 cash in a plain envelope for showing up on my first day. He had won the pool on long odds, being one of the few who believed I would actually show. A new pool started immediately with wagers on how long I would stay. Many offered to cut me in if I would tip them in advance of my imminent departure.

In those days, no one knew what “culture of safety” meant, but we sure knew the problems that resulted from not caring about safety. It was a tough trail – much more frontier medicine than safety science.

During my tenure at the company, we had a contractor die from an obvious and avoidable Lockout/Tagout (LOTO) violation. An employee murdered and beheaded another in the QC lab — also completely avoidable but not unexpected given the prevailing culture of the day. Others quit, and some were let go. Through all of the vehicle damage, tire slashing, death threats, fist-fights, union grievances and more, my boss never wavered on the whatever-it-takes commitment to becoming a safe operation, and it worked. That is the most important detail in this story.

Our site never made it to perfect, but we did make it to pretty good and moved easily into first place in our division. It was a bit like being the fastest kid in a class of mediocre runners, but first beats last every time. Let’s hope that this year’s data show that companies have run faster, further and more safely.

Food workers are part of almost every state’s planned phase 2, which looks to span February and March.
Jan 25th, 2021