Can you OD on chlorine when swimming in a pool? Does it turn blonde hair green? We’re taking a dip into chlorinated waters to find out with a look at our chemical of the week: the notorious CI #17. 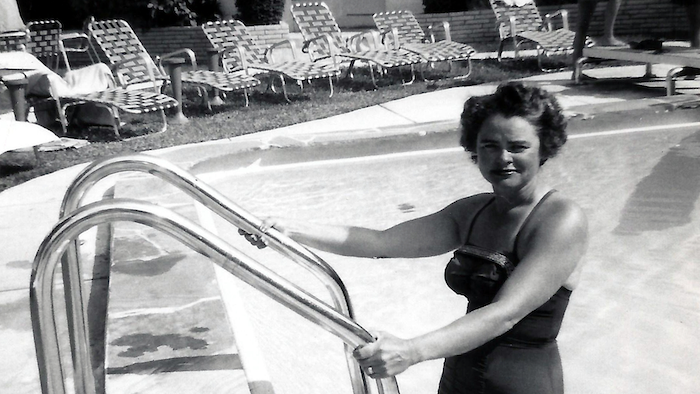 Ah yes… bright sun, warm temps, lazy rivers and the sweet smell of chlorine — that’s when you know it’s summer. But there’s more to the notorious CI #17 than just its role in disinfecting swimming pools. Chlorine chemistry is the building block for a staggering amount of manufactured goods including pesticides, paper, pharmaceuticals, paints and more. Here’s more on our chemical of the week:

On the periodic table, chlorine is in a group of halogens — or elements that form salts when combined with metal. It’s one of the most abundant chemicals on earth. At room temperature it’s a yellow-green gas that’s highly toxic to humans.

Chlorine was formally discovered in 1774 when a Swedish scientist Carl Wilhelm Scheele accidentally produced it by releasing a few drops of hydrochloric acid onto a piece of manganese dioxide. But for decades scientists thought it was a compound of oxygen — until 1810 when an English chemist named Sir Humphry Davy recognized it as a pure element. By then the chemical was already making its way into mass manufacturing.

‘The Element of Surprise’

In the 18th century a French textile producer whipped up a bleaching agent by dissolving chlorine in water — a process he soon improved by adding the chlorine to a caustic potash solution, according to The Chlorine Institute.

Pretty soon the bleaching solution was sweeping through the Western world and technology was evolving to produce it on a bigger scale.

Today chlorine is one of the most produced chemicals in the U.S. The American Chemistry Council calls it “the element of surprise” because of its wide-scale use in manufacturing. According to the ACC, chlorine chemistry is an essential building block for more than 90 percent of pharmaceuticals, and is used in everything from common painkillers to surgical stitches and medical devices.

Chlorine chemistry is also utilized in just about every major industry in too many products to list — from light-weight cars, to 80 percent of crop protection compounds, to paints, solar panels, household cleaners and even bullet-proof vests for the military.

Myth Busting at The Swimming Pool:

Have an idea for a “Chemical of The Week?” Shout out to Meagan.Parrish@advantagemedia.com or Tweet me @MeaganChemInfo.