Manufacturing In The Digital Age: Where Do We Go From Here?

In order to step ahead of the competition, manufacturers need to fully align their business strategies with these impending trends. 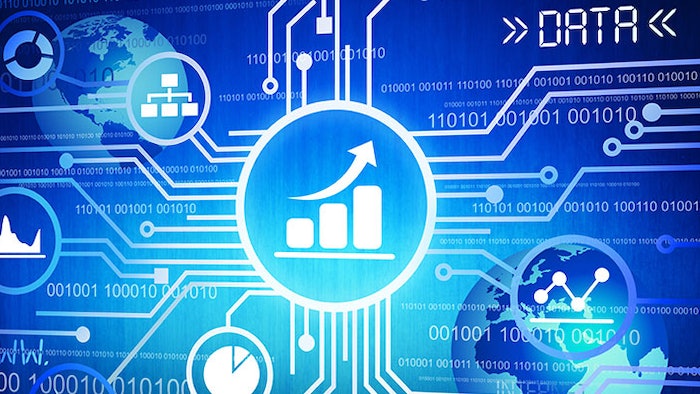 In the last few centuries, we have seen what could be considered three industrial revolutions moving from the steam engine to the conveyor belt and finally to the first wave of automated machinery. This year, we just might have witnessed the beginning of a fourth industrial revolution: digital manufacturing.

This wave of new technologies in the past few years is demonstrating an evident impact on the manufacturing industry. As Markus Loffler, Director at McKinsey & Company, points out, “there will no longer be a difference between information and materials” after the fourth revolution. Moving into 2016, manufacturers must be aware of how the flow of information and production of materials are intertwined in ways that affect their organizations’ performance and value to customers.

In order to step ahead of the competition, manufacturers need to fully align their business strategies with these impending trends.

The most obvious advantage of DDM is its speed. The manufacturing process has been shortened considerably, making design, simulation, and testing possible at previously unthinkable speeds. With the ability to send a design (or even a redesign) straight to production, manufacturers are capable of reacting to customer input in near real time.

By most accounts, this will dramatically reduce costs, lead times and inventory levels. But, how does this affect other aspects of the business? Namely, how does DDM’s speed and cost-saving affect a company’s business model?

For this your organization must look at the problem holistically before diving into the details. With various selective laser sintering (SLS) patents expiring soon — thus lowering costs — fused deposition modeling (FDM) proving to be the less preferred option due to its lower resolution and inflexibility with materials, the barriers to entry are shrinking. More and more manufacturers — on the small or medium scale — are able to enter the industry and succeed thanks to the customization possible with DDM.

Consequently, larger manufacturers must account for a new set of competitors for products that do not get produced on a massive scale. Further, foreign development of DDM is often considered as advanced as in the U.S., so there is less of a technological competitive edge as well.

Larger manufacturers now must implement detailed analytical platforms that can simultaneously monitor the external threats and internal processes of their DDM products. In essence, a flexible business model that can adequately handle mass scale production and smaller scale DDM is vital for survival in the coming years.

The costs associated with 3D printing are dropping and will likely continue to drop as more printer variations become readily available, allowing the adoption of 3D printing to become widespread and mainstream. As such, the consumption of customized goods will follow suit.

Traditional manufacturing processes allowed pricing to be uniform at the part number level. This model can still work for larger manufacturers at the massive scale discussed above. However, the customization possible with 3D printing — as well as the speed and cost reductions discussed above — pose a different problem when pricing.

Because of the increased customization possibilities, each unit must hold a different price and the pricing model must represent the each unit’s unique value to the customer.

This value-based pricing strategy provides manufacturers with flexibility in how they price these units. Organizations can look beyond simply the unit and incorporate data analyzing the intended customer, the use of the unit, and even its impact on the market if a unique customization has been utilized.

Of course, any attempt at using a standard, cost-based pricing model reveals too much about a unit’s makeup. Manufacturers that use cost-based pricing end up divulging proprietary details to a customer that devalue the unit and the builder.

At the moment, 3D printing is primarily used for prototyping. Starting as early as 2016, the widespread use of 3D printing will call for the switch to value-based pricing.

As ambiguous as its name sounds, the IoT has massive implications for a variety of industries, but manufacturing, in particular, is primed to be one of the early adopters of the IoT’s capabilities.

Why? Just look at sensors.

Manufacturers implemented sensors years ago to keep track of every movement and target disruptions when they occur. This saves time and money, which every manufacturer knows is what keeps their organization ahead of the competition. These sensors, in conjunction with the analytical power of the IoT, improve inventory tracking to save even more time and money.

With the IoT, the gap between finding disruptions and acting upon them is all but eliminated. Organizations now have access to historical and real-time data to analyze business performance at every level of detail.

Looking back to DDM and 3D printing, the IoT gives a corporation the ability to save proprietary designs, send them to global factories, and monitor the production of these designs all from one location. As a result, customized units are brought to market around the globe with rapid turnarounds. Buyers can also be included in the design process at a quicker rate to prevent redesigns from delaying the production.

Prepping your organization for the impact of IoT is becoming easier with the introduction of stronger, quicker software that can capture the immense potential inherent to the IoT. That said, early adopters have the chance to gain a competitive advantage since the process of implementation is not overnight.

The above tools and concepts are currently at varying levels of adoption. The IoT is only being leveraged on a large scale by certain manufacturers, while DDM and 3D printing are on the brink of widespread adoption.

One thing is for certain: from 2016 on, the problem facing manufacturers will be the monetization of customizable intellectual property. DDM, 3D printing, and the IoT expedite the manufacturing process and add levels of customization on a larger scale than previously imagined. When deciding how to alter a business model to better fit the vast options available, look to value. Cost will become a worry of the past.

Daniel Bormolini is a Sr. Business Consultant at Vendavo.