A Profile With the Superstar of the Maker Movement: Limor Fried

Above all, Limor “Ladyada” Fried is a maker — a member of a DIY subculture of engineering-oriented pursuits including 3D printing, electronics and robotics. 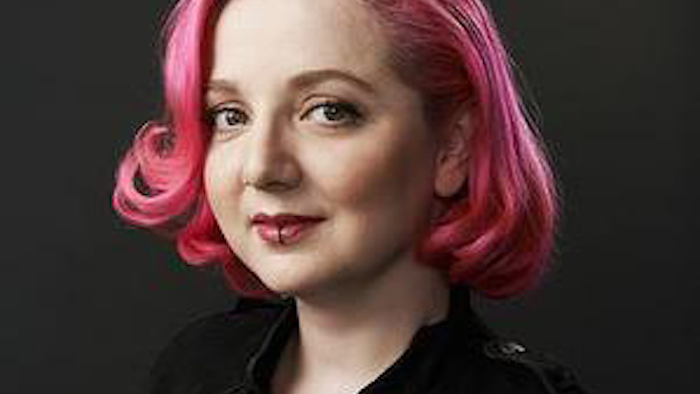 ​Limor “Ladyada” Fried has juggled many labels throughout her life.

Hacker. Student. MIT engineer. Founder. Leader. Each new title or accolade served as an acknowledgement of Fried’s success. Some career benchmarks include Fried becoming the first female engineer to grace the cover of WIRED or earning the title of “Entrepreneur of the Year” in 2012 from Entrepreneur magazine.

But these national honors don’t represent the name that continues to inspire her to keep creating, inventing and experimenting. Above all, she’s a maker—a member of a DIY subculture of engineering-oriented pursuits including 3-D printing, electronics and robotics.

A SHAKER IN THE MAKER WORLD

Fried grew up in a hacker scene in Boston where sharing and exploring technology was just a way of life. It was there where she was first introduced to the maker culture.

“I was always installing linux on something or hacking electronics,” Fried says.

Now, she’s major player in the maker world; her tutorial company, Adafruit, ranked #11 in the top 20 U.S. manufacturing companies in 2014. In addition to running Adafruit, which employs 50-plus employees in a 15,000-square foot factory, Ladyada also hosts two weekly video shows about electronics. Fried says that sharing these videos and tutorials is what makes Adafruit very different from a typical manufacturing or engineering company.

“We’re a tutorial company with a gift shop at the end of the ride,” Fried says. “My goal was to create the best place online for learning electronics and making the best designed products for makers of all ages and skills.”

Fried acknowledges that she’s come a long way from running a mini-factory in her apartment with just a small pick-and-place (a robotic machine used to place SMDs onto a printed circuit board) and a toaster oven as her manufacturing line. Nowadays, she has two Samsung TECHWINs and a large stenciler oven that sits 10 feet away from her workspace. Adafruit also builds their own testers using an Othermill, which is a device designed to produce 3-D objects with precise mechanical and electrical parts.

“For a long time, I was told that my only option would be outsourcing everything to China,” Fried says. “I don’t hear that so much anymore.”

But some of her habits haven’t changed since her hacker days. Her desk is still a mess; albeit a functional one. She doesn’t own a cell phone, and she reads comic books religiously. She adds a smiley face to the end of all her email. She sleeps in late, arrives at work around 10 a.m. and is convinced that most human beings can’t work more than six hours a day productively.

In addition to accruing national attention as Adafruit’s founder, Fried also represents a minority as a woman in the STEM world. When asked about the gender gap in manufacturing, Fried says that the most important thing she can do is celebrate, elevate and spotlight others doing great work and making a difference.

“That’s why we have a blog that posts 30 times a day with projects and makers; it’s why we have a weekly show-and-tell that has people from around the world sharing their projects with others; it’s why we’ll always look to find someone doing something cool and show others anything is possible,” Fried says. “We like to say, ‘We are what we celebrate.’”

Fried says that the community of makers is what inspires her to continue Adafruit’s efforts to get more people involved with learning.

“One of my goals with Adafruit is to share the information and things others have learned, so more people can build upon that knowledge,” Fried says.

Right now, Adafruit has over 700 tutorials and counting. Only time will tell what other marvels and feats the Ladyada will accomplish as she continues to run what Inc. 500 called “one of the fastest growing private companies” in New York City.

One thing is for sure though: We’ll all be watching.