Reclosable packaging is in a period of rapid growth, as many manufacturers realize the added value reclosable features offer consumers. This is especially true in the food industry, where a push towards reclosability has led to the implementation of a number of reseal technologies: traditional zip locks, slider locks, reusable adhesives and even Velcro-like closures. 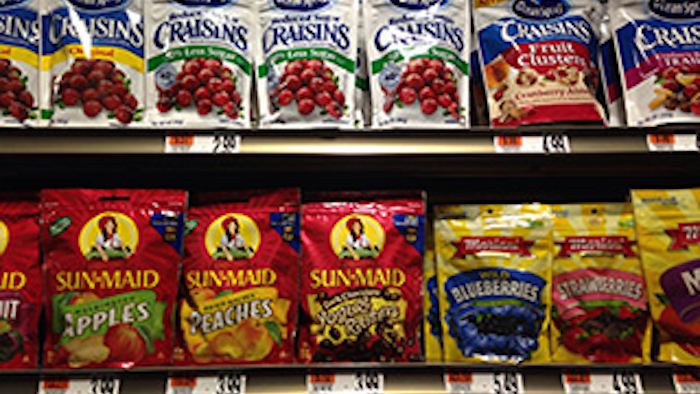 Reclosable packaging is in a period of rapid growth, as many manufacturers realize the added value reclosable features offer consumers.

This is especially true in the food industry, where a push towards reclosability has led to the implementation of a number of reseal technologies: traditional zip locks, slider locks, reusable adhesives and even Velcro-like closures. You may be considering adding a reclosable feature to your packaged products, or may have heard about the hype around new kinds of packaging, but likely have questions about the affordability of such a change.

Packages constructed from pre-applied zipper film can be an ideal tool for companies looking to make the shift from traditional to reclosable packaging without significant cost or lag time.,

Take, for example, frozen food items like chicken nuggets. This product is typically packaged in a carton, often with a plain, flexible plastic bag inside. When customers use only some of the food items from the original package and wish to store the rest, they must choose between leaving the food items in their original package or in the open plastic bag within, or removing the chicken nuggets from their original packaging and placing them in a freezer-safe container. With the first choice, the customer has opted for ease of use; with the second, they have opted for sustained freshness. Storage efficiency also comes into play in this scenario, as flexible packages are more space-efficient than rigid ones.

When the frozen food items in this example are packaged in a reclosable package from the start, customers need no longer choose. They gain the added value of sustained freshness and storage space efficiency without compromising ease of use, and without having to purchase additional packaging. Customers are often drawn to these efficient, value-added packages.

While many companies can benefit from packaging their products in reclosable packages, many may not consider making the shift from other types of packages due to the perceived high cost. The change from a traditionally sealed package to a reclosable package requires a significant capital expenditure if the reclosable feature is to be added in to the packaging line. While this investment may pay off for some companies, it is simply too risky for others. Even those companies that decide the capital expenditure is worthwhile must contend with long lag times.

“Whereas switching from a traditional packaging line to a line that includes the addition of a reclosable feature requires new, costly machinery and time to get that equipment up and running, beginning to package using pre-applied zipper film requires only a few adjustments to existing equipment and then you’re ready to run,” said Dan Donahue, President of Donahue-Corry Associates, Inc., a Massachusetts-based company specializing in flexible packaging.

“We have seen a huge amount of growth in reclosable plastic packaging recently, and we see pre-applied zipper film as one of the areas with the greatest growth potential, due to its convenience. It lowers the barrier to entry,” Donahue added. His company, which focuses primarily on customers with unique packaging requirements, prints and supplies the film to a number of customers.

As with all types of reclosable, flexible plastic packaging, there is some added expense to manufacturers using pre-applied zipper film, due to the added zipper component in the film.

“It is up to each customer to determine whether the added value of reclosable packaging, in the form of improved brand recognition and consumer convenience, is worth the added expense of the film,” Donahue noted. “Given the recent and ongoing expansion of products being offered in reclosable packaging, it is clear that for many companies, that added expense is worthwhile,” he added.

Pre-applied zipper film is not without its unique challenges, like all kinds of packaging. The zippers in the printed film add bulk and so the film does not roll as tightly as standard roll stock. This leads to a lower roll density than is achieved with standard roll stocks, and therefore fewer impressions per roll. Donahue estimated that a roll of pre-applied zipper film has about 1/3 as many impressions as a comparable roll of laminated or unlaminated roll stock. This, of course, leads to more frequent roll changes and the potential for added downtime in the packaging line.

“Expiring rolls must be replaced in order to keep the packaging line running. When replaced by hand, as is customary, roll changes can take as long as three to five minutes. When rolls are being changed, say, once every 20 minutes, as may be the case with pre-applied zipper film, that time adds up – over an hour and a half of production time lost in a single 8-hour shift on a single line,” said Chris Graff, Vice President of Sales and Marketing, at Massachusetts-based Butler Automatic. “That’s an hour and a half’s worth of packages not being made, shipped and sold from that line during each shift.”

The problem of roll changes decreasing throughput is common throughout the packaging industry; in fact, roll changes are often the single greatest cause of downtime in a packaging line. That’s why, Graff says, Butler Automatic exists. The company is the inventor of what’s known as zero-speed automatic splicing, technology that eliminates roll change downtime by allowing operators to perform precise splices at the ideal moment in a roll’s lifespan, all while packaging film is fed to the line uninterrupted.

“Eliminating roll change downtime is important in any packaging operation, and is even more important with low-density zipper film rolls,” Donahue said. “Combining our top-quality pre-applied zipper film, for instance, with the efficiency of the automatic splicer results in high-throughput production of excellent quality packages.”

By automatically and precisely timing splices so as to utilize as much of each roll as is possible, automatic splicers like the ones sold by Butler Automatic reduce the amount of film that is wasted. This has an impact on the efficiency and cost of packaging, especially for more costly films like pre-applied zipper film. Additionally, reducing splice time from 3-5 minutes to a matter of seconds, combined with the automatic timing of splices, means that operator staffing demand is greatly reduced. These factors, when combined with the dramatic increase in production throughput, leads to a rapid return on investment for automatic splicers.

Automatic splicing can also help to eliminate the likelihood of catastrophic failures that can result from splice issues. By automatically aligning the path of the film through the machine, automatic splicers can compensate for any web misalignment caused by the awkward winding of pre-applied zipper film rolls. In addition, the integrity of the splice is compromised if it occurs on or too near to a zipper. By automatically initiating splicing within predetermined distances to register marks, the automatic splicer ensures that the splice will hold. Without these features, the splice can separate or catch within the machinery, leading to splice failures and significant downtime.

Pre-applied zipper film holds a great deal of promise as a turnkey solution for companies looking to enter into reclosable packaging, with all of its associated benefits, without the worry of high capital expenditures and long lag times. Though the packaging material itself is somewhat more costly than standard alternatives, the improved final package imparts value to consumers as well as to the manufacturer. By implementing automatic splicing along with pre-applied zipper film, packaging downtime can be all but eliminated, leading to a rapid return on the company’s investment not only in the automatic splicer, but also in the pre-applied zipper film itself. This innovative packaging solution holds great promise as the use of reclosable packaging continues to grow.

Food workers are part of almost every state’s planned phase 2, which looks to span February and March.
Jan 25th, 2021