Industrial IoT in 2015: Sensors, Software and Breaking Down Barriers

This year is poised to be a big year for the industrial internet of things. As the number of manufacturers looking to capitalize on IoT efficiencies grows, so will the amount being invested in related equipment, platforms, components and systems. 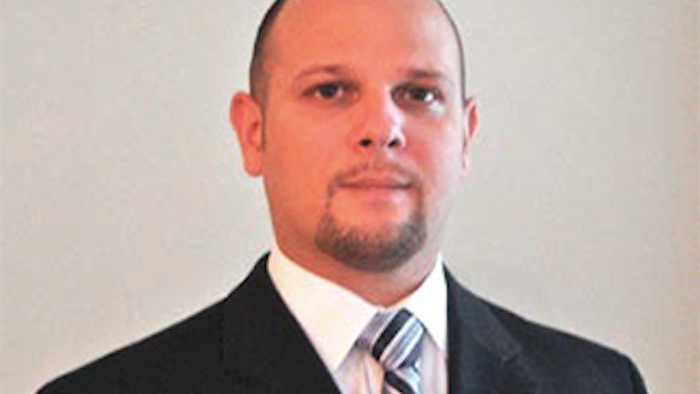 Although the level of IoT implementation lags far behind its ever-increasing notoriety, 2015 is poised to be a big year for the industrial internet of things. As the number of manufacturers looking to capitalize on IoT efficiencies grows, so will the amount being invested in related equipment, platforms, components and systems.

Jerry Sorrells is a product manager at Parker Hannifin’s Automation Group, where he focuses on controls and HMI products. He recently sat down to offer some perspective on the trends, strategies and keys to IoT success for manufacturers in 2015.

Jeff Reinke: What do you feel are the most prominent operational needs driving the adoption of IoT-related technologies?

For example, consider a machine control system that receives and analyzes data from a remote vibration sensor on a gearbox. Since the control system has learned the characteristic signal of the vibration sensor over a period of operation, it determines that the vibration signal has moved outside of the control range, indicating that the gearbox should be replaced. The controller then sends the information to the plant's sourcing department and to the maintenance department. Sourcing then orders the gearbox and maintenance schedules the repair.

On its face, this example doesn't seem revolutionary, but think of the results. The plant has saved the holding cost of having the gearbox in stock and eliminated the potential need to expedite the gearbox, thus improving supply chain efficiency. The problem with the gearbox that may have previously gone unnoticed has now been identified at an early failure stage, and thus it is scheduled for the next PM down instead of taking the machine down at an inopportune time, thus increasing the OEE of the machine.

Taken to another level of integration, the part ordering and maintenance scheduling could also be done automatically, eliminating the need for any manual processing.

JR: How much do these needs vary by industry segment i.e. automotive vs. food & beverage, for example?

JS: The needs are similar across segments, but they will be applied differently and could be used by varying consumers.

Consider the differences between the automotive segment and food & beverage. Food & Beverage must be concerned with bacteria growth on the machinery where automotive does not. So one could imagine IoT technology being used to monitor the growth of bacteria on surfaces at the plant. The data could then be pushed to the FDA, which could in turn monitor plants nationwide. This type of implementation would drive cleanliness in facilities and make the FDA more efficient.

Automotive, of course, would not need this type of usage. Automotive on the other hand, could utilize data pushed from dealerships to schedule production runs, which in turn could push data to tier 1 manufacturers to replenish supplies.

JR: What IoT technology do you feel could have the most impact on manufacturers in 2015?

JS: IoT is all about data, and the data originates with sensor technology. Sensors of course already exist, but driving down cost and bringing to market sensors that are easy to install in existing equipment will have a significant impact in 2015.

Technologies like Bluetooth Low Energy (BLE) and other wireless sensors will see a significant increase in 2015. Likewise, controllers with wireless interfaces to receive, aggregate, and analyze data will make a significant impact in 2015, especially for OEMs looking to capitalize on IoT technologies with their machines.

Software is a large part of the value of IoT. Even with data, it doesn't tell anyone anything if it isn't analyzed and given context, so software will start to pick up as a key need to enable IoT technologies.

JR: Generally speaking, most estimates say that only about 15 percent of all U.S. manufacturers really have an IoT-capable infrastructure in place. What do you feel are some of the main factors inhibiting wider implementation of these connected capabilities?

JR: Looking at the sector more broadly, if you could give U.S. manufacturers one thing, what would it be?

JS: The tools to break down barriers to implementation from a control perspective, including the control interfaces for the sensors, the cloud, and the software interface that makes sense of the local data.