ABB, a global leader in power and automation technologies, engineers products and systems serving nearly every industry category. Almost always, no matter the industry or application, there is an electric motor at work. The challenge for engineers — and one of the keys to American energy independence — is simple: do more with less. 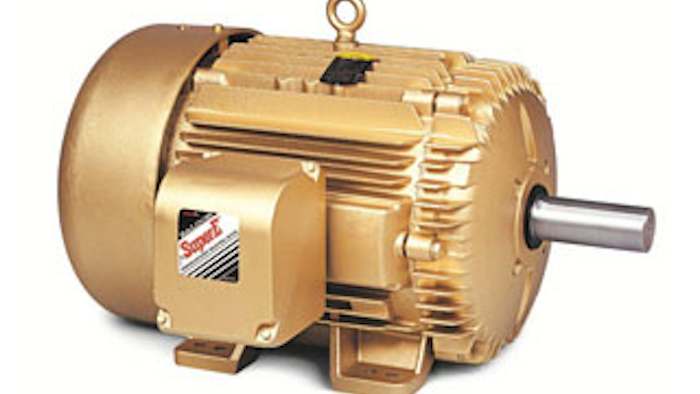 ABB, a global leader in power and automation technologies, engineers products and systems serving nearly every industry category. Almost always, no matter the industry or application, there is an electric motor at work. The challenge for engineers — and one of the keys to American energy independence — is simple: do more with less.

December 19, 2012 marks the five-year anniversary of the Energy Independence and Security Act of 2007 (EISA), the expansion of the Environmental Policy Act of 1992. Deep within EISA is Section 313, five sentences about Electric Motor Efficiency Standards that encourage industry advances in motor efficiencies from companies like ABB and subsidiaries like Baldor Electric, the leading U.S. manufacturer of industrial electric motors. European laws similar to EISA are not scheduled to take effect until 2015-2017.

Electric motor-driven systems, ranging from fractional-horsepower units (in a small cooling fan, for example) to 100,000-horsepower turbines, convert electricity into the mechanical energy needed to run just about everything that moves in industrial and commercial facilities, from conveyers to elevators, pumps, compressors, fans and other mechanized operations. In U.S. factory settings, motor-driven systems account for over 60 percent — nearly two thirds — of the total energy consumed, and roughly 25 percent of total U.S. energy use overall.

Year over year, that’s a staggering amount of power and a massive demand on the energy grid for a single product category. A well-designed motor can convert over 90 percent of its input energy into useful power for decades. When the efficiency of a motor is raised by even a few percentage points, the savings in kilowatt hours (and therefore in cost) are enormous.

In addition, few people realize that motors gain even more efficiency, operationally, through motor drives. Drives enable motors to operate in precise concert with motor loads, rather than the motor running at constant speed and being braked to control speeds. Motors and drives together create immediate and dramatic energy and cost savings in virtually all applications that utilize motors.

The National Electrical Manufacturers Association (NEMA), working closely with other interested stakeholders, helped to draft the new efficiency standards incorporated EISA. Based on U.S. Department of Energy data, it is estimated that the NEMA premium-efficiency motor program would save 5.8 terawatt (5,800 gig) hours of electricity and prevent the release of nearly 80 million metric tons of carbon dioxide into the atmosphere over the next ten years. This is equivalent to keeping 16 million cars off the road.

ABB and its subsidiaries, including Baldor, were already working to engineer efficiency improvements into their product lines that exceeded EISA standards. The new motors use more copper and high-grade steel than their less-efficient counterparts, with more precise tooling and tighter tolerances, all of which reduce energy losses. In some cases, the newly engineered Baldor motors have gone from 90 percent operational efficiency to as high as 98 percent. Even at an average efficiency gain of 2 percent, for a company that puts five million new motors into the American marketplace every year, it adds up to a lot of power.

Since its January 2011 acquisition of 92-year-old Baldor, ABB now claims one of the most extensive lines of motors and drives in the world. Over the last year alone, efficiencies engineered into ABB's drives installed worldwide saved an estimated 310 million megawatt-hours (MWh) of electricity, equivalent to 260 million metric tons of CO2. Variable speed drives, by reducing a motor’s speed by half, can lower the energy it consumes to one-eighth of its consumption at full speed.