On Friday, Nov. 30, Health Canada approved the use of steviol glycosides (commonly referred to as “stevia”) as tabletop sweeteners and food additives. The effects of the approval are expected to be immediate and far-reaching as consumer demand for healthy, reduced-sugar food and beverage products continues to swell. 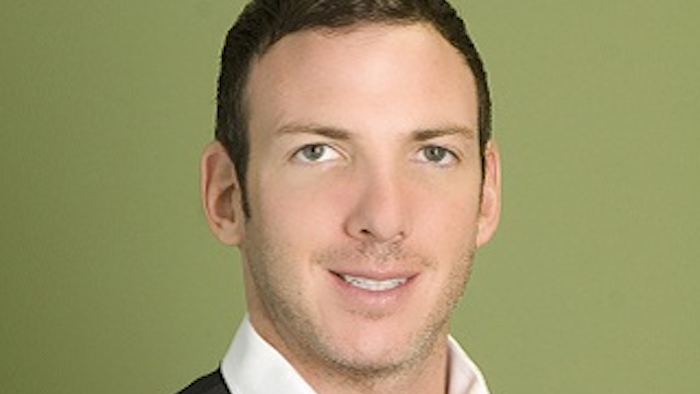 On Friday, Nov. 30, Health Canada approved the use of steviol glycosides (commonly referred to as “stevia”) as tabletop sweeteners and food additives. Previously, stevia was only available in Canada as a “Natural Health Product,” which is defined as a natural substance used to restore or maintain good health (e.g. herbal remedies, vitamins, minerals and probiotics). The effects of the approval are expected to be immediate and far-reaching as consumer demand for healthy, reduced-sugar food and beverage products continues to swell.

Like the United States and other developed countries, Canada is struggling to curtail obesity rates among its citizens. Recent data from the Organization for Economic Cooperation and Development (OECD) shows that greater than 50 percent of Canadians are overweight or obese. Likewise, a September 2012 report by Statistics Canada notes that 31 percent of Canadian children fall into the same category. It is widely thought that burgeoning obesity rates strike a direct correlation with the consumption of heavily-processed, sugar-laden foods and drinks.

With obesity rates projected to continue to rise, doctors and major health organizations have championed the introduction of healthier, less-processed, all-natural products as a means of reducing sugar intake. That is where stevia comes in. Already widely accepted in the United States and the European Union, stevia is a proven means of providing the sweetening properties of sugar without the excessive empty calories. The adoption of stevia in the Canadian marketplace should largely follow the model set forth by its south-of-the-border neighbor, only at a faster pace.

United States as a model

Stevia gained approval as a food additive in the United States in December 2008. In the four years since, it has become a major player in the sweetener industry. Zenith International estimates that the global stevia industry could be worth $1 billion by 2014, and the World Health Organization (WHO) estimates stevia could eventually replace 20 to 30 percent of all dietary sweeteners.

Driven by many of the same conditions found in present-day Canada, the U.S. market has embraced stevia as a healthy and effective sugar substitute.  Once relegated to natural and organic markets as a niche product, stevia has gained prominence on the shelves of more traditional U.S. grocers. The mainstream adoption of stevia should take place even more swiftly in Canada, thanks largely to the consumer education efforts made by U.S. industry players over the past four years.

Close business ties between the two nations will also help stevia along. Many U.S. distributors have Canadian affiliates, which should streamline the sales and account setup functions. With ample supply and demand both present, it really is just a matter of connecting the dots. Pyure Brands expects to have distribution of its tabletop stevia sweeteners in Canadian markets early in 2013, and other suppliers will likely strive for that same timeline.

The commercial market in Canada has a similar leg up. Food and beverage manufacturing is the second largest industry in Canada, reaching $92.7 billion in sales in 2011. Savvy Canadian firms that have been proactive in researching reduced-calorie product formulations will reap the inherent benefits of being first-to-market within their respective categories.

We already know that stevia has made significant headway in the beverage industry, specifically in sports beverages, functional beverages and sodas. Stevia’s market share will continue to expand in those areas, but we can also expect to see a significant broadening of stevia applications in both the U.S. and Canada.

One category that we expect to see a major uptick in is natural dairy products. Pyure Brands has recently signed on as the stevia supplier for a number of up-and-coming dairy-based brands. Amongst them are FitPro, the first all-natural milk-based protein shake to be endorsed by the REAL® Dairy seal, and Yoatz, a category-blending yogurt and oat-based functional super snack. Both will launch in early 2013, as will dozens of other dairy-based products that are sweetened with stevia. The trend is a natural fit for Canada’s $13.7 billion dairy industry, which is third amongst all Canadian agricultural categories.

Another major development area will be energy products. A December 2012 Entrepreneur article cited a Datamonitor report claiming an 8.9-percent growth projection for the category through 2015. With consumer demand rising despite an ongoing backlash against artificial, high-sugar, high-caffeine products, manufacturers will be quick to look for sugar-free, natural alternatives. Pyure Brands recently launched our O.E.O. — Organic Energy Optimization shots, which are the first sugar-free, calorie-free, certified organic energy shots on the market. Other natural and organic energy products are sure to follow.

Stevia is here to stay

Health Canada’s approval of stevia serves as further validation for an industry on the cusp of major worldwide growth. The confluence of consumer demand, consumer education, product quality and availability has stevia poised to take a significant bite out of the global sweetener market. What’s most promising is that the demand is driven by a desire for healthier food options, a trend that should prove enduring over time. With diabetes and obesity on the rise, Canada’s adoption of stevia is a major building block for a healthier consumer population, and food manufacturers are wise to take notice.

Benjamin Fleischer is the Founder and CEO of , a leading independent supplier of all-natural and organic stevia. Pyure Brands’ tabletop stevia sweeteners can be found in over 12,000 retail locations from coast to coast, including Whole Foods, Wegman’s, Price Smart, Mollie’s Stone Market, Peet’s Coffee, and many more. Pyure Brands’ commercial-grade stevia extracts and blends are used to sweeten more than 100 natural product brands across food, beverage, pharmaceutical, and neutraceutical applications. For more information on Pyure Brands, please visit PyureSweet.com.