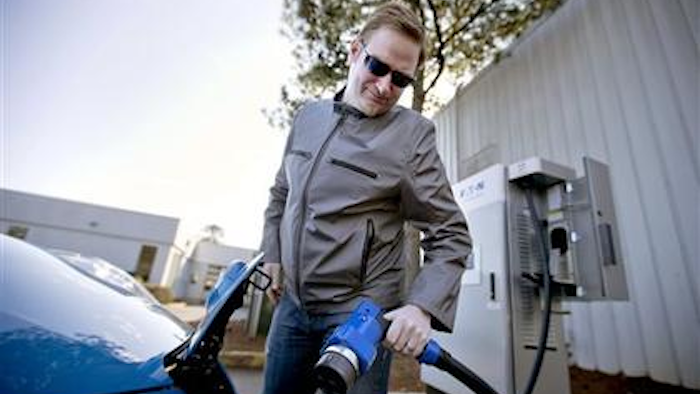 Researchers at the University of Kansas said although those measures were enough to influence consumers in Europe -- where fuel prices are roughly double the U.S. average -- their research found those statistics were likely ineffective in swaying U.S. car buyers. They noted hybrid and electric sales have lagged in recent years due to the generally higher upfront costs of purchasing those vehicles.

The study, published in the journal Transportation Research Part A, found that adding information to labels about the total costs of ownership, such as financing, depreciation, registration, maintenance and insurance, would make them more effective. Analysts found listing a hybrid vehicle's total monthly cost at $448 compared to $460 for a gasoline vehicle was more persuasive than listing the hybrid's $573 in annual fuel savings compared to the gas model.

"We find that when total cost of ownership information is disclosed to respondents interested in small- to midsized cars, the likelihood of ranking a conventional hybrid, plug-in hybrid and battery electric vehicle more favorably increases and is statistically significant," said Bradley Lane and Rachel Krause, two of the report's authors.

Lane, however, said the results also showed other emotional and use factors often outweigh cost issues, noting adding cost of ownership information did not affect attitudes toward small sport-utility vehicles.