Coverage of the BP oil spill back in 2010 began as a sprint, trying to find out who had been hurt in the explosion aboard the Deepwater Horizon drilling rig, and how bad the leak might get. It turned into a marathon as at least 134 million gallons of crude spewed from the well over 87 days. 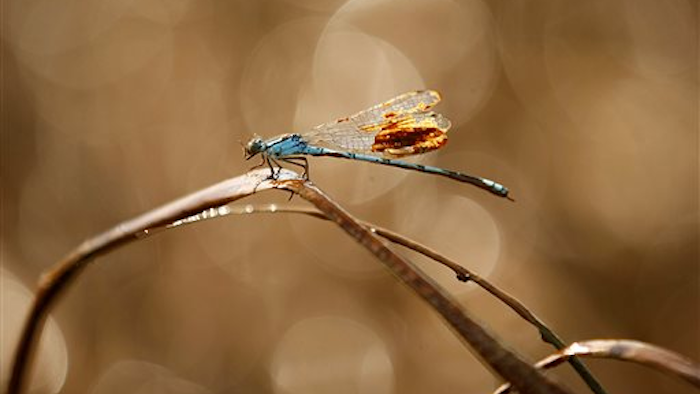 Coverage of the BP oil spill back in 2010 began as a sprint, trying to find out who had been killed and wounded in the explosion aboard the Deepwater Horizon drilling rig, and how bad the leak might get.

It turned into a marathon as at least 134 million gallons of crude spewed from the well over 87 days.

It required journalists to be on planes and helicopters, on boats big and small, everywhere that disaster workers were, and some places they weren't: One Associated Press journalist even donned scuba gear to dive into the muck.

Below, AP photographers Gerald Herbert, Charlie Riedel and Eric Gay look back on five of the most enduring images from the spill:

A TOWER OF SMOKE

Rig fires happen with some regularity, but when word came that the Deepwater Horizon was listing badly after an explosion the night before, the New Orleans-based Herbert raced to a small airport and grabbed the first helicopter pilot he could find. Together with a photographer from the Times-Picayune newspaper, they headed out in a four-seat helicopter with only enough fuel to get to the site and shoot for a few minutes.

"You could see it for miles," Herbert recalled. The smoke "started appearing through the haze as a thick blob," he said.

"As we got closer, we realized how immense it was. The smoke was actually higher than us, and we were circling around it trying to avoid it."

Hovering at 4,000 feet — the lowest authorities would allow them to fly — the three were struck by the scale of the unfolding disaster.

"The enormity of it did not escape us, because you could see that what looked like a tiny little burning ember was a massive oil platform. You could see oil in the water," Herbert said.

The images were the first from what would become the nation's worst offshore spill. The rig would sink within three days of exploding, and oil would flow from the well for nearly three months.

More than two weeks later, oil had yet to wash ashore, and images of huge ships floating amid a slick above the broken well had grown commonplace. San Antonio-based shooter Gay was sent on a mission to capture the scale of the slow-motion catastrophe.

"I had been on helicopter several times trying to show the oil coming to the coast, because we knew it was going to hit at some time," he said.

One day, he found it: a massive area of orange swirls against a floating field of black.

"I expected to see a big black blob floating out there," he said, "but then it was this orange, swirling thing that looked like something from another planet."

Several miles out from land, and with no ships nearby, the image was abstract. Gay flew back out the following day to put the pollution into context.

"We noticed this armada of shrimp boats that had been converted" to oil skimmers deploying floating boom, something many shrimpers did to make money while the area was closed to fishing. After shooting them from a few hundred feet above, Gay asked the pilot to move a little higher.

"You could see the boats and the orange swirls, and it gave it this strange perspective."

The result was a set of surreal, artistic shots.

"It's kind of sad that something so tragic looks so beautiful," Gay recalled, "... but it was pretty, from a distance."

A month after he'd first gone up in the helicopter, Herbert was on a boat tour with local officials and had stepped onto a small marsh island awash in syrupy crude.

Someone pointed out a blue dragonfly perched on a reed, and Herbert stooped to capture the insect, the tips of its translucent wings tinged brown.

"I was watching it as I was shooting it, and I realized that he couldn't pull his legs away from the reed. He was stuck to it via the oil," Herbert said.

"It dawned on me again that, here I had been out (at the spill site) a month earlier, documenting the macro with those aerial pictures, and here I was documenting it on a very micro level."

The inescapable takeaway: "It gave me a lot more perspective that what was going on out there was affecting things on land in very, very small ways, all the way to the bottom of the food chain."

Covering the spill as it started to wash up was a strange sort of privilege, Herbert said. "But it was sad at the same time, because it made it clear that this has far-reaching effects, and this is not going to be cleaned up easily, and this is going to affect us for a very long time."

By the start of Riedel's second trip down from Kansas City, Missouri, the spill had been going on for about six weeks, and interest had waned somewhat. Crude had reached shore, but the impact on wildlife remained unclear.

That changed when Riedel tagged along on a media trip with Louisiana Gov. Bobby Jindal to East Grand Terre Island, where Jindal was showing off a sand berm originally meant to halt erosion, not oil.

"A couple hundred yards up the beach, I see this bird mired in oil," Riedel recalled. "So I go over there, and within a few minutes, pretty much everyone was over there."

A pelican struggling against the sludge had caught Riedel's eye, but there were gulls and other birds too. "Those, to my knowledge, were the first photos that were widely seen of oiled birds from the spill," Riedel recalled.

The game-changing nature of the images he'd captured started to dawn on Riedel as he reviewed them on the National Guard helicopter ride back from what had started as a routine assignment. He quickly went to work filing them from a community center in Grand Isle, Louisiana, that was a staging point for media and public officials, as well as people making spill claims.

"The BP representative there caught wind of what I had, and he kind of came and looked over my shoulder," Riedel said. "He didn't really say anything, but he kind of shook his head."

"It caused quite a stir. It put the story back on front pages."

A HANDFUL OF CRUDE

With the well still gushing, BP and the various government agencies involved were jousting over just how much oil was leaking and how much had reached shore. Journalists routinely ran into resistance from cleanup contractors telling them to stay away from oiled areas, and were taken on BP-organized tours that showed relatively little damage, Herbert recalled.

"The parish and the state authorities were doing their best to get journalists out there on the coast to see how things were being affected," he said.

By mid-June, Herbert had been documenting the disaster for nearly two months. The oil-soaked coastline smelled powerfully like tar or asphalt in the Louisiana heat.

Rather than tire of the assignment, Herbert — a New Orleans native — felt compelled to keep showing the spill's ongoing effects. "The more you did this, the more disgusted you were. It got to be more and more depressing as time went on."