Here’s a quick look at the chemical giant’s history, from game-changing innovations and alleged war crimes, to rapid expansion and tackling the chemical challenges of the future. 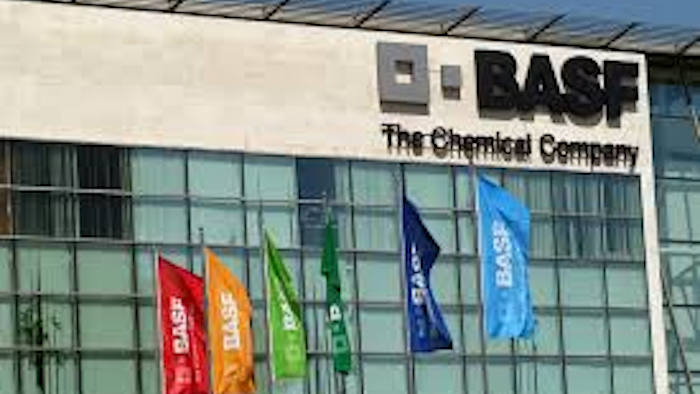 BASF might as well be German for “big.”  Today the company employs about 113,000 people in more than 80 countries (though about 53,200 are in Germany alone). In 2014, its sales were about 74.3 billion euro. It’s a major player in nearly every sector of chemical manufacturing including plastics, coatings, agriculture products, oil and gas and performance chemicals.

Here’s a quick profile of the mega-corporation.

It Started With a Messy Byproduct: BASF was founded on April 6, 1865 by a goldsmith and entrepreneur named Friedrich Engelhorn, who had already been running a factory that sold gas for Mannheim’s street

lamps. When he realized that a byproduct of that process — coal tar — could be used to manufacture dyes for textiles, BASF was born.

It’s a Big Deal: Being big was part of Engelhorn’s vision. Early on, he set out to grow BASF and also sell the raw materials and auxiliaries used for dye production. It didn’t take long for the company to secure a dominating position, which it maintains to this day.

True Blues: Shortly after launching, the company discovered that mercury made a great catalyst for phthalic acid, a key precursor for the production of indigo. The vibrant blue color then became BASF’s specialty. Demand for the color was fueled by traditional clothing trends in China, where blue jackets were all the rage in the late 19th century. Indigo also played a vital role in a huge trend that started in the 1960s and continues to this day: blue jeans.

Its Dark Past to Post-War Regrouping: BASF’s history during the WWII era was closely intertwined with the dark chain of events unfolding in Germany. First BASF formed a chemical cartel with two other major chemical companies — Bayer and Hoechst — to form I.G. Farben, which ended up playing a major role in Adolf Hitler’s war efforts. Not only did I.G. Farben use slave workers in concentration camps at its factories, the company also produced Zyklon B, one of the chief chemicals used in gas chambers.

After the war, the I.G. Farben was broken back apart into its original companies by the Allies. From there, BASF set out to rebuild its company and its post-war image.

In the subsequent years, the company made an impressive turn-around. Bolstered by sales for chemicals such as nitrogen and ammonia, its number of employees swelled from 800 in the late 1940s to 45,000 by 1963.

BASF in Everyday Life: BASF products are everywhere. From mundane, everyday places — such as disposable diapers and food packaging — to projects on a historic scale, including materials used to help

reconstruct London’s Underground. You can even get a taste for some of the company’s products — in 2010, BASF announced plans to construct what it called the world’s largest plant for mint flavoring (L-Menthol). The company is also one of Germany’s biggest wine sellers. Its subsidiary features more than 2,000 wines and sold about 900,000 bottles in 2013.

Looking Ahead: To celebrate its 150-year anniversary, BASF recently launched a new program called Creator Space. The initiative aims to bring together industry experts and programs to tackle emerging global issues. Some of the challenges they're addressing include generating clean energy, avoiding food loss, securing a fresh water supply in urban areas and reducing energy use.