Are You Prepared for Summer?

The summer heat can be particularly dangerous in manufacturing facilities as it often takes a heavy toll on workers, reduces morale, and can result in reduced productivity and dangerous safety risks. 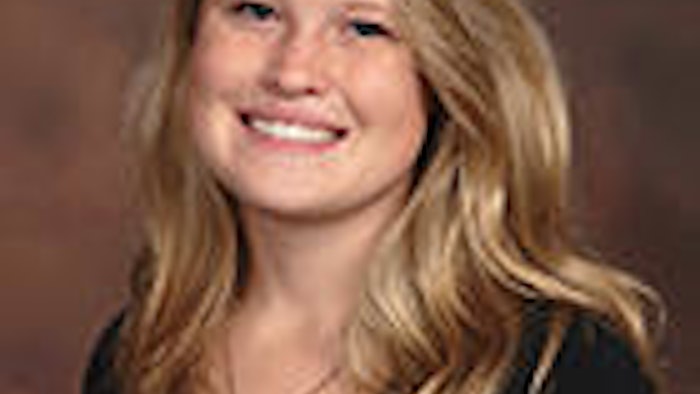 This article originally appeared in IMPO's May issue.

“No one should die from a heat wave, but every year on average, extreme heat causes 658 deaths in the United States—more than tornadoes, hurricanes, floods, and lightning combined,” says Robin Ikeda, the acting director of the National Center for Environmental Health and Agency for Toxic Substances and Disease Registry.

The summer heat can be particularly dangerous in manufacturing facilities as it often takes a heavy toll on workers, reduces morale, and can result in reduced productivity and dangerous safety risks. In order to mitigate these risks it is imperative that manufacturers be aware of the potential medical complications and symptoms of heat-related illnesses, as well as how to combat them.

There are four different types of heat-related illnesses, they include heat stroke, heat exhaustion, heat cramps and heat rash. Each have different symptoms and represent a varying level of severity.

Heat stroke is the most serious reaction to heat and is triggered when the body can no longer regulate its core temperature. Symptoms include confusion, fainting, seizures, excessive sweating or red, hot, dry skin and an overall increased body temperature. According to OSHA, if a worker begins to show signs of a heat stroke, 911 should be called immediately. Then while waiting for help a worker should be placed in a cool shaded area, their clothes should be loosened, they should be fanned, the worker should have ice packs and cool compressors applied and water should also be provided. They should also be monitored at all times.

Heat exhaustion is another common heat-related illness to be aware of as the summer approaches. It is the body’s reaction to loss of body salts and fluid due to sweating. OSHA describes the symptoms as, “cool or moist skin, heavy sweating, headache, nausea or vomiting, dizziness, light headedness, weakness, thirst, irritability and an accelerated heartbeat.” The appropriate first aid measures for heat exhaustion are to remove the worker to a cool or shady area, provide the worker with plenty of water and provide cool compresses. The worker should be taken to a medical professional only if symptoms worsen, but should not return to work that day.

Heat cramps are similarly a result of lost water and body salts and are signaled by muscle spasms and pain commonly in the abdomen, arms and or legs. Once cramps or spasms start to occur, it is recommended that a worker rest in a cool shaded area, drink lots of water and rest for a few hours before returning to work.

Heat rash is the most common problem associated with hot work environments and is a skin reaction to sweat that is no longer evaporating from the skin. The rash usually appears in clusters of red bumps. Most commonly on the neck, upper chest and in folds of skin. To combat it, workers should try to move to a cooler area and to keep the affected area dry.

Each of these illnesses are extremely serious and can result in health concerns and loss of productivity, so instead of waiting for workers to succumb to the heat, manufacturers should be proactive — not reactive — in their efforts to keep their employees safe from the summer heat.

According to Marcus Shuter, the Vortec Product Manager at ITW Air Management, there are a few things that manufacturers can do. “The big ones that we know of are cooling breaks. It’s always a good idea to have employees work for short amounts of time and then do breaks,” says Shuter. “Also, make sure that there are plenty of liquids available. Whether it be Gatorade or water, people need to stay hydrated.”

There are also specific products that manufacturers can use to help them fight of the overwhelming heat of summer. For example, the Vortec personal air conditioner “is a compressed air driven system where a compressed air hose attaches to the vest with a Vortec tube attached. Then as the air comes in it is cooled down,” explains Shuter. “So if you are pumping 70 degree compressed air into it, you are going to get about 10 to 20 degree air coming out of it into the vest where it circulates around the wearer’s body to ensure that the torso the worker remains cool. So basically they are getting a cooling break while they are working. We created it to improve productivity and to help ensure employee safety.” The bonus of this particular product is that it can be adjusted for all extreme temperatures, so it is not only useful in the extreme heat of summer but also during the winter as well.

Other products that can help manufacturers eliminate safety risks relating to heat stress include cooling hats, headbands, sweatbands, cooling vests, heat stress monitors and hydration packs. Cooling hats, sweatbands and cooling headwear are designed to regulate the evaporation of moisture in order to prolong the cooling effects of water, as well as help contain and remove sweat from user’s body — crucial when fighting heat rashes.

Cooling vests are another common product that manufacturers can implement to fight off the negative effects of heat. For example, SEQUEL has developed a thermal cooling vest that sustains workers normal core body temperature, so they are able to work uninhibited by the heat. Not all cooling vests are the same, however. For example, Techniche has produced a cooling vest that works due to cooling ice pack inserts placed inside the vest. Though the approach is different, both companies explain the importance of their product in maintaining worker safety, avoiding heat related fatigue and all around comfort.

Heat stress monitors come in all shapes and sizes, however, they are all designed for the same purpose — to gauge a person’s or area’s heat stress index. They typically use sensors to produce timely readings of the temperature which are then cross referenced with WBGT index values — which is a chart of the appropriate heat levels an individual can be exposed to before experiencing heat stress. From there, they will then make the user aware when levels are becoming too high.

Finally, keeping workers hydrated, seems self-explanatory, but nevertheless is crucial to dealing with extreme work environments. This can be done with regular water breaks, water stations and even hydration packs. The National Institute for Occupational Safety and Health (NIOSH) recommends that workers drink at least one cup of water every 15 to 20 minutes, even when they do not feel thirsty. Sports beverages are also acceptable, however, water is the most important tool to fight the heat.

As the thermometers rise and the sun starts to shine, it is crucial to be aware of these heat-related concerns and ready with preplanned safety procedures. “It’s important to be proactive, so you see a lot of manufacturing companies doing more pre-planning to make sure they are ready to go for the summer months and have the proper safety procedures in place ahead of time so they don’t have to react to it or deal with OSHA fines and can make sure everyone is taken care of,” explains Shuter. Enjoy the summer, but always remember to be safe.