The findings outlined by the six groups are meant to guide decisions on what research to fund. 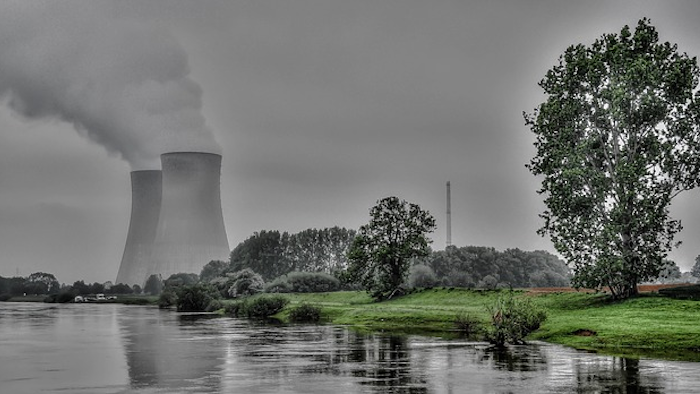 ALBUQUERQUE, N.M. (AP) — Engineers and researchers from national laboratories and universities around the country said Thursday that the United States needs to develop a proving ground where the latest innovations in nuclear energy can be put to the test instead of losing designs to China and other countries.

Groups gathered at the University of New Mexico, the Massachusetts Institute of Technology and a few other sites around the country as part of an effort by the U.S. Department of Energy to narrow the list of critical research problems the nation needs to address when it comes to nuclear energy.

The findings outlined by the six groups are meant to guide decisions on what research to fund.

D.V. Rao, a staff member at Los Alamos National Laboratory, said scientists have no way to persuade investors to jump on board without a way to test new ideas on a small scale.

"There's frustration, and we need to break that paradigm," he said in an interview. "We need to go through these cycles of advancement, just like SpaceX has with their rockets. They don't keep sitting in the lab designing and designing. They take their rocket out and test it."

Participants outlined numerous recommendations and areas where the U.S. could do better to boost innovation in nuclear energy. Everything from stable funding and safety to regulatory changes, new reactor designs, the availability of water and the public's perception of nuclear power was discussed during the three-day workshops.

The Energy Department is looking for ways to apply existing technology to nuclear energy and is particularly interested in how nuclear technology fits in with affordable electricity generation and renewable energy, national security and the environment.

According to the U.S. Energy Information Agency, many European countries are already moving toward increasing levels of renewable and nuclear generation, with more than half of Europe's electricity coming from no-carbon sources. In the U.S., just less than one-third came from no-carbon sources in 2012.

There are currently 100 reactors operating in the U.S., and federal energy officials expect nuclear power to grow over the next two decades — just not at the same rate as renewable energy.

Environmental groups that have been pushing for more solar and wind power have raised concerns about the potential environmental effects of nuclear generation and the cleanup and decommissioning costs.

But given the intermittent nature of renewable energy and the lack of storage, nuclear power will have to be part of the equation as regulators look to curb pollution, said Kevan Weaver, director of technology integration at TerraPower.

"It's the only non-emitting source that we can build at the terawatt level," said Weaver, who participated in the workshop in Albuquerque.

TerraPower, a Washington-based company chaired by billionaire Bill Gates, hopes to build a next-generation, prototype reactor by 2025 and have commercial plants ready a decade later.