Finnish and German researchers conducted a chemical analysis of beer lost during a 19th century shipwreck, which they believe is the oldest sample ever subjected to testing. 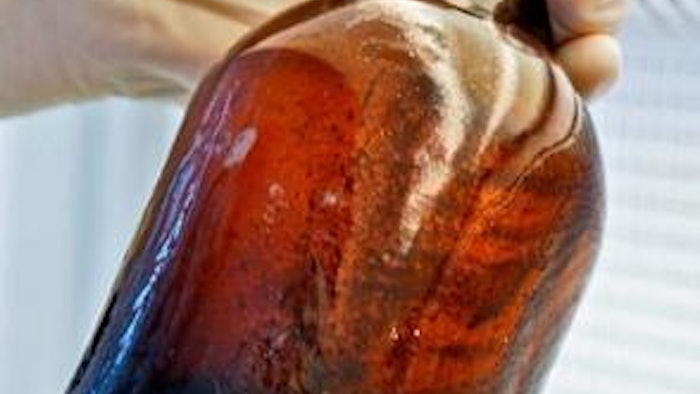 Finnish and German researchers conducted a chemical analysis of beer lost during a 19th century shipwreck, which they believe is the oldest sample ever subjected to testing.

The beer bottles were among numerous luxury items found in the cargo of a wrecked schooner discovered off the Aland Islands between Finland and Sweden in 2010. Archaeologists dated the wreck to the 1840s, and researchers extracted samples from two bottles recovered from the ship for testing at the VTT Technical Research Centre of Finland and the Technical University of Munich.

Although decades of gradual contamination by saltwater and bacteria robbed the beer of its original characteristics, researchers reported in the Journal of Agricultural & Food Chemistry that sufficient samples remained to "give some indication of the original nature of the beers and the techniques used to manufacture them."

The findings acknowledged the discovery of at least one older beer sample, dating to 1825, but the report said "we are not aware of previous chemical analyses of any beer this old." The authors also thanked Stallhagen, a brewery in the Aland Islands that crafted a beer intended to match the reconstructed 1840s recipe.