Does The World Still Need Biofuels? Virent Thinks So.

The plunge in oil prices has made many biofuel companies wring their hands. But Virent says it's just a matter of time before biofuels — like the ones they are producing — will again be a viable and needed part of the energy equation. 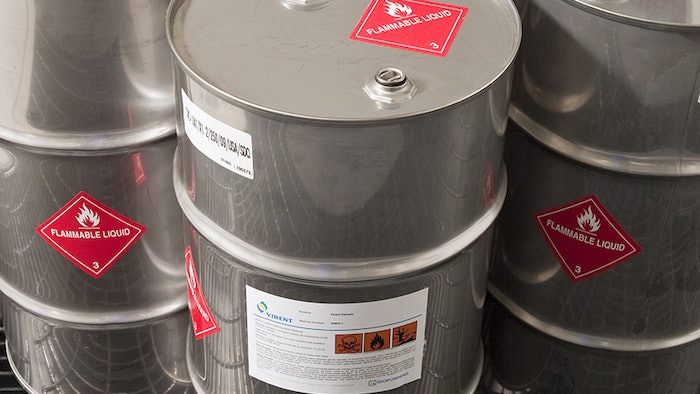 This second installment of a three-part series takes you inside Virent, a biofuels and bio-chemicals company, to find out how they’re harnessing the potential of renewable feedstocks to make high-quality chemicals of the future.

It wasn’t that long ago when the conversation about oil and gas in America had a starkly different tone. “Energy independence” was a trumpeted goal from politicians as high prices and OPEC’s domination cast uncertainty and unease over the American gas market.

Which helped make the biofuels market really rev up.

Scientists have been converting various kinds of organic matter into liquid fuels for some time — algae, grasses, fungi, seaweed, corn, and even leftover cooking oil have all been tapped to be processed into gas that can fire up cars and planes.

So when drilling for conventional crude was pricey and it seemed “peak oil” had passed, a slew of biofuel companies looked poised to fill up the coming gas-tank void. Among them was Virent, a biofuels and biochemical company based in Madison, Wis.

Virent started in 2002 after the invention of a novel catalytic pathway (what they call Aqueous Phase Reforming) paved the way to the subsequent discovery of a liquid product that was molecularly identical to petroleum, and made from biomass-derived sugars.

As Virent got to work further developing its technology and biogas, it was one of many companies on the hunt for an affordable and viable alternative to crude.

“The field was pretty crowded from about 2007 to 2010,” explains Andrew Held, Virent’s senior director of deployment and engineering.

Since then and in the last few years especially, dramatic changes have swept through the market. New drilling techniques have helped shale boom, oil prices plummet and left many once-thriving biofuels companies suddenly slamming on the brakes.

Even margins for ethanol plants — a market fostered by government mandates — have seen profits become “wafer-thin, if not negative,” according to one recent report. But through it all, Virent has dug its heels in and kept pushing their biofuels as an alternative fuel source America is going to need.

Keeping Virent Going
Part of their success has been their development of other plant-based chemicals, including paraxylene — which it plans to sell to major manufacturers who use the chemical in plastics and fibers by 2017.

Strategic investment partnerships with corporate giants like Cargill, Shell and Honda have also helped Virent develop its “drop-in” fuel to replace petroleum. Their gasoline was even blended by Shell and used by the Scuderia Ferrari Formula 1 team for numerous races since 2010.

And there have been recent promising steps towards commercializing their fuel.

Speed Bumps
But Virent can’t escape the sense of over-promising and under-delivering that’s plagued many biofuel companies. With the price of oil at unforeseen lows, investments towards scaling up production of Virent’s biofuels have been stalled until they’re likely to be more profitable.

The expected year that their fuels would be mass produced has pushed back several times — and they’re now predicted that it could be 2020 before it ends up at the pumps.

Some environmentalists have back pedaled from biofuels in recent years, citing concerns about how producing biomass for fuels would gobble up needed resources from agriculture, and questioning past studies that claimed biofuels would reduce carbon emissions.

Many have discredited the “food versus fuel” debate as a myth, saying agriculture producers should have little trouble producing enough for food and fuel.

And as for greenhouse gases, Held maintains that processing and burning Virent’s fuel would create a substantial reduction in CO2 emissions compared to conventional oil — though he points out that their biofuel is just one piece of a much larger pie.

“We can make a nice dent in the greenhouse gas profile of the transportation energy sector,” he says, “but [overall with emissions] we as a society still have a lot of work to do.”

So now Virent is playing a strategic waiting game. The technology is there, the biomass is there, the demand for fuel will certainly be there — now oil prices need to climb again make biofuel competitive, which Held is confident will happen.

“Petroleum is still a finite resource. We’ve gotten better at finding techniques to find more. But [Virent is] only worried about the fuel markets in the short term,” he says.

And luckily for Virent, it has other bio-chemical ventures to keep the company plenty occupied.

Click here to find out how Virent’s plant-based paraxylene could help green the chemicals market.