New “Flexible” Factory In India Is Changing How We Make Things

When people talk about the future of manufacturing, they usually have Germany, Japan and the United States in mind, not India. That’s about to change. GE has invested over $200 million in a new “flexible factory” that will produce diverse products, from jet engine parts to locomotive... 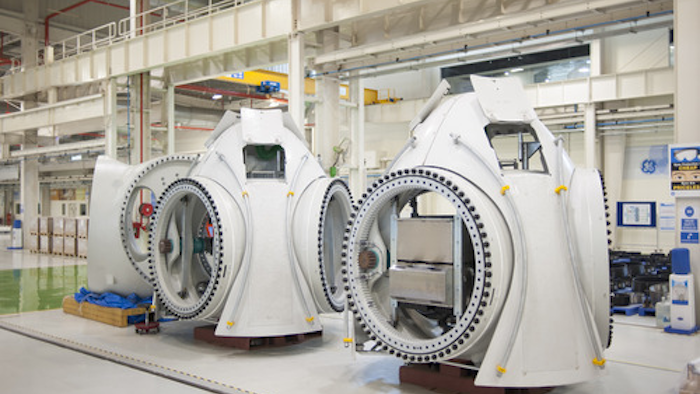 When people talk about the future of manufacturing, they usually have Germany, Japan and the United States in mind, not India. That’s about to change. GE has invested over $200 million in a new “flexible factory” that will produce diverse products, from jet engine parts to locomotive components, for four different GE business all under one roof for the first time.

The plant, which is located in Pune in western India, near Mumbai, covers 67 acres, an area equal to 38 football fields. It will employ 1,500 workers who will share production lines, support infrastructure, and equipment like 3D printers and laser inspection technology. Besides making jet engine and locomotive technology, they will also assemble wind turbines and build water treatment units for the oil and gas and agriculture industries. “The plant will allows us to quickly adjust production as demand comes in, using the same people and space,” says Banmali Agrawala, president of CEO of GE South Asia.

This flexible “multi-modal” factory, which opened on Saturday, is as groundbreaking for India as it is for GE. It’s the first application of the concept that GE calls the “brilliant factory” where factory equipment and computers talk to each other over the Internet in real time, share information, and make decisions to preserve quality and prevent downtime. In such a factory, production lines are digitally connected to supply, service and distribution networks to maintain optimal production. “The brilliant factory is more than 3D printing parts from digital files, which we already do,” says Christine Furstoss, global technology director at GE Global Research. “We can build a factory that can make itself better.”

The idea to build the first iteration of such a plant in India made sense to GE, because the company wanted to harmonize its operations there, gain size and scale quickly, and support its suppliers. “We have too many small suppliers and their ability to leverage size and scale becomes a problem,” Agrawala says. “The multi-modal plant is good for us and good for them. It will give us a chance to invest in the right tools, processes and training, keep our machines utilized, and develop new products faster and cheaper. It will also give a chance to experiment and try new things.”