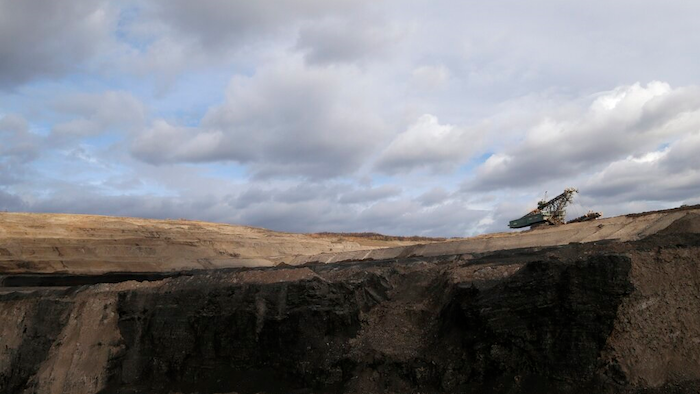 In this file photo taken on Thursday, Nov. 12, 2015 near the town of Most, Czech Republic, a huge excavator stands inside a giant open pit lignite mine. On Friday Jan. 7, 2022, the new Czech government pledged to work for the country to be able to phase out coal as an energy source by 2033.
AP Photo/Petr David Josek/File

PRAGUE (AP) — The new Czech government aims to phase out coal in energy production by 2033 while increasing the country's reliance on nuclear and renewable sources, its policy program published on Friday said.

“We will create such conditions for the energy transformation and development of coal regions to make it possible to phase out coal by the year 2033,” the government led by conservative Prime Minister Petr Fiala said.

The previous government, headed by populist billionaire Andrej Babis, hadn’t approved any target for stopping coal use but its advisory body had recommended 2038, a plan that environmental groups said wasn’t ambitious enough.

“The Czech government knows all too well that climate science tells us that European countries need to phase out coal by 2030,” Mahi Sideridou, Europe Beyond Coal’s managing director said. “It must accelerate the plan.”

The European Union member plans to become more reliant on nuclear power, which neighboring Germany has decided to phase out by the end of 2022.

Germany and some other EU countries, such as Austria, opposed a draft proposal by the bloc’s executive Commission that concludes that nuclear energy, and also natural gas, can under certain conditions be considered sustainable for investment purposes.

The Industry and Trade Ministry said on Friday it is “a priority” for it to support nuclear energy and renewable sources energy.

The Czech Republic relies on six nuclear reactors in two plants for a third of its electricity. It is finalizing a plan to build another nuclear reactor and working on plans for more.

The reactors being shuttered provided electricity to millions of German households for almost four decades.
Jan 3rd, 2022
Follow Us
Most Recent