Energy demand slumped last year as the pandemic led to lockdowns and a dramatic drop in energy for uses such as transportation. 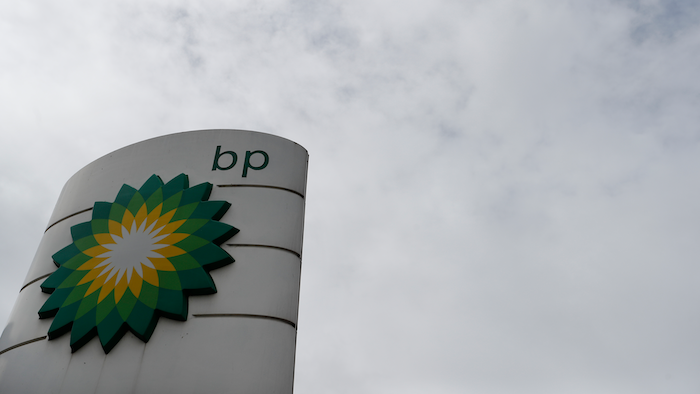 Exxon Mobil Corp. reported the largest losses in its history — nearly $20.1 billion for the fourth quarter, including more than $19 billion to write down the value of company assets. For the full year, it lost $22.4 billion.

BP PLC posted a profit of $825 million in the fourth quarter but still lost $18.1 billion in 2020. The results came after Chevron reported last week that it lost $5.5 billion last year.

Signs point to better results for the oil giants this year. Crude prices are up roughly 50 percent in the past three months, including a gain of more than 10 percent since January 1, as major producers led by Saudi Arabia have cut output.

The oil companies are hoping that the rollout of COVID-19 vaccines will mean a return to more normal life for businesses and consumers, which would in turn boost demand for oil and natural gas. Energy demand slumped last year as the pandemic led to lockdowns and a dramatic drop in energy for uses such as transportation.

"Energy consumption collapsed as economies shut down, oil prices hit their lowest point in history, and refining margins fell well below their 10-year lows," said Exxon CEO Darren Woods. "It was the first time in memory that we saw simultaneous lows in each of our businesses."

Irving, Texas-based Exxon is responding by cutting costs. It expects by 2023 to cut $6 billion in annual spending compared with 2019 levels.

Exxon's big fourth-quarter loss contrasted with a profit of $5.7 billion a year earlier. Excluding the massive write-downs and other impairment costs, the company said it earned 3 cents per share. Analysts on average expected a penny per share profit, according to a survey by Zacks Investment Research. Revenue dropped 31 percent to $46.5 billion.

Exxon has long been under pressure from activist shareholders to focus more on renewable fuels and pivot away from its fossil-fuel legacy.

The company said Tuesday it will reduce greenhouse gas emissions from its own operations and has created a division to "commercialize" technology it hopes to develop to capture carbon emissions before they enter the atmosphere — Exxon believes technology can address climate change and save the oil and gas business at the same time.

However, one of the company's activist shareholders, investment firm Engine No. 1, said Exxon's announcements don't change the company's long-term course "nor do they position it to succeed in a changing world." The fund said Exxon is headed for decades of destroying shareholder value by assuming that oil and gas production will continue to grow even in the face of efforts to reduce climate change.

Last week, Engine No. 1 nominated four candidates for Exxon's board of directors, which will be chosen in May. London-based BP last year announced it will seek to become a net zero producer of carbon emissions by 2050. However, the company is still bringing new oil and gas projects into operation.

BP is also cutting costs. "We began reinventing BP, with nearly 10,000 people leaving the company," CEO Bernard Looney said in a statement. "We strengthened our finances — taking out costs and closing major divestments."

Currently, there are no sustainable methods for storing green energy.
Sep 2nd, 2021
Follow Us
Most Recent