Gas Is Cheap, but for Many Motorists There's Nowhere to Go

Price-tracking services put the national average Monday around $2 a gallon. Some stations were spotted charging under a dollar. 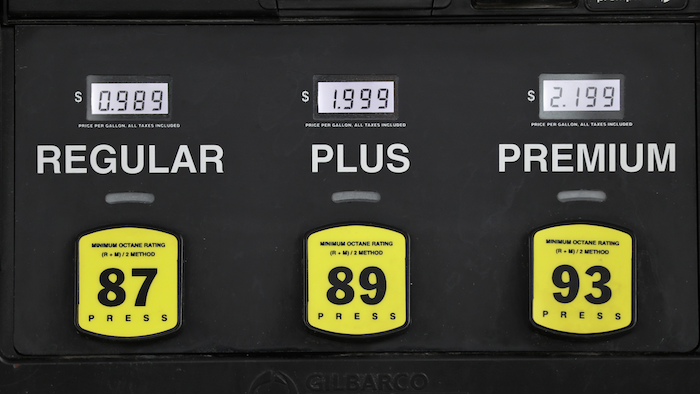 DALLAS (AP) — U.S. gasoline prices have dropped to their lowest levels in four years, and they are almost sure to go lower as oil prices plunge.

Price-tracking services put the national average Monday around $2 a gallon. Some stations were spotted charging under a dollar.

But don't expect a stampede to the pumps. Demand is weak because so many Americans are under shelter-in-place rules and businesses have been shuttered because of the coronavirus outbreak.

“For most Americans who are home practicing social distancing and not driving to work or taking their children to school, you are only filling up maybe once a week, maybe every couple of weeks,” said Jeanette Casselano, a spokeswoman for the AAA auto club. “You are not reaping the benefits.”

Prices have plenty of room to keep falling — maybe below $1.50, according to analysts.

Patrick DeHaan, an analyst for price tracker GasBuddy, said that eventually retail prices will reflect the even faster decline in wholesale prices

“Retailers are taking their time lowering prices because they have a lot of uncertainty around the corner,” DeHaan said, adding that the practice boosts service station profit margins. “We've never seen gasoline retailers doing as well as they are now."

Oil accounts for about half the price of gasoline, and the drop at the pump is shadowing the steep slide in crude, which briefly on Monday hit the lowest levels since 2002. Benchmark prices for U.S. and international crude have both fallen by more than half in the past five weeks, as more Americans and Europeans have come under lockdown, cutting into demand for oil, and Saudi Arabia and Russia engaged in a price war.

Falling prices is likely to lead to less production in the Permian Basin of west Texas and New Mexico and other U.S. oilfields. Chevron is cutting back spending in the Permian, where shale drilling turned the U.S. into the world's biggest oil producer.

The cheapest prices are in a swath of the country from Texas to Wisconsin and Michigan, with most states in that band averaging under $1.77 a gallon. At the other end were California, at $3.06, and Hawaii, $3.36 on average.

It's another setback for a project that's been debated nearly two decades.
Jan 5th, 2021
Follow Us
Most Recent